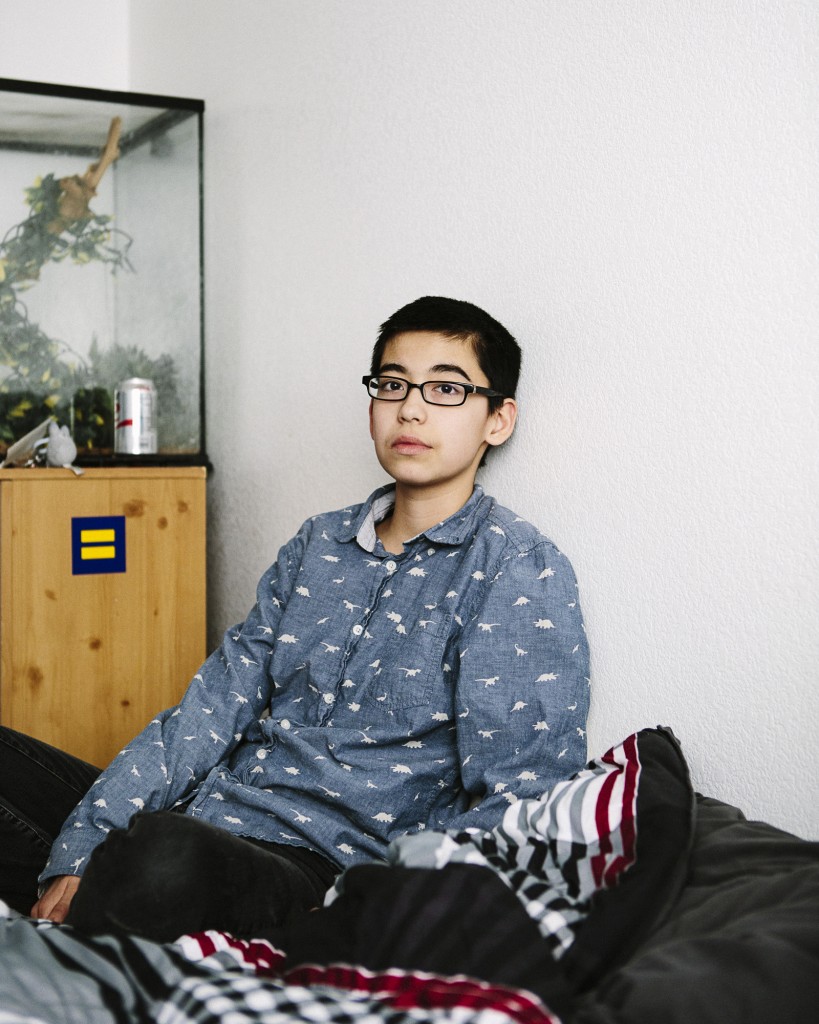 Me and my friend have a hypothetical child. She’s two. We draw pictures of her and, shop for her and talk about what her life is gonna be like. We’re like “This is what we would buy her.” and “she would love this” and “she would absolutely hate that.”

I know I want kids. Like as soon as I can have them. Everyone makes fun of me because I just really want kids. I would have kids right now if I could have them. I want to give them a place where they’re safe.

My family is pretty strange. My mom just kinda lives in the same house as us. When we were kids all we ate was like frozen dinners, because she didn’t want to cook dinner. She’s still married to my dad but they don’t like sleep in the same room, but they still want to be together I guess.

When we were like little we used to not be able to sleep in own rooms so we’d be like split off in each of our parent’s bedrooms. I was really attached to my dad. I would not get away. Also my twin sister. I made her sleep in the same bed as me until we were in like 7th grade.

The first time I tried to come out to my twin sister I said “I wanna date boys, but like, in a gay way.” and she was like “What does that even mean?”

I’m pansexual. When I was a kid I learned about how you could like more than one gender. And I was like ‘that doesn’t make any sense to me’ and then eventually I started being more exposed to it. And I realized that I don’t wanna limit myself and I like it, and I just think everyone’s really cool. I’m not dating anyone now. I kind of just asked someone out like 3 minutes ago, they haven’t answered me yet.

I realized I was trans earlier, in fifth grade. It was the first time I had to wear a dress in like a really long time. And I just realized that that’s not what I wanted, at all. A lot of people assumed that I was trans and whenever people asked me I just kind of told them that I was like a mouse and then I ran away. Because I didn’t want to tell them.

And then one time last year I accidentally, referred to myself as “he” to my friends, and they were like, “Oh finally, now you tell us!”

As told to Diana Scholl
Photo by Laurel Golio, taken in Broomfield, CO, 2017.To share your story, email hello@wearetheyouth.org