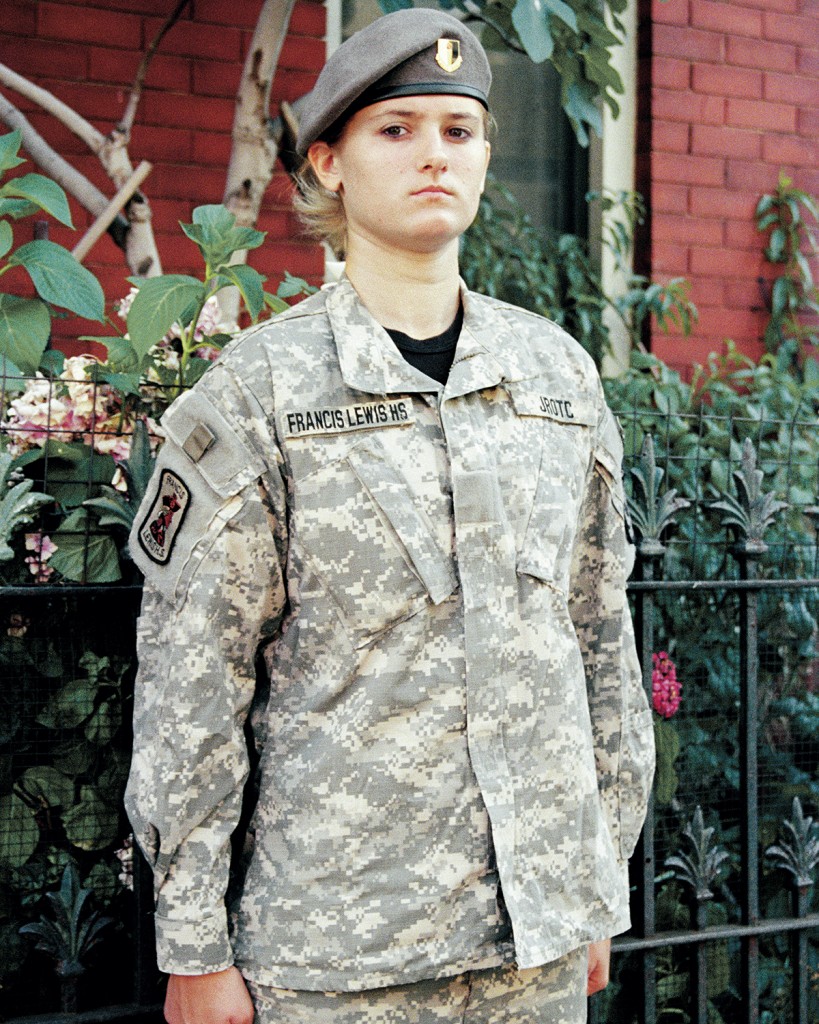 I’m going to Poland this summer to stay with family for six weeks. I definitely won’t tell them I’m gay. Poland is one of those places where being gay is really not tolerated. My mom’s really cool about it, though.

I came out to myself my sophomore year, and to my mom recently — two months ago. I wasn’t really worried about telling her because I knew she’d accept me, but I just didn’t feel like I needed to tell her before that.

I do Junior ROTC after school. I have two uniforms: the regular one and the camouflage one. They had JROTC at my school, and I always saw them in uniforms. And I’ve always loved uniforms. All the sergeants want me to join the Army, but I don’t want to. Mostly because, can’t you get kicked out if you’re gay? That would be kind of bad. And I don’t want to serve. I kind of like living. All the sergeants know I’m gay, indirectly. They joke around about it, but they love me so they don’t care.

I’m one of the team leaders. I can do 80 pushups in two minutes and run two miles in 13 minutes. I don’t want to brag but, you know, that’s pretty good. I also play basketball, and this year the soccer team wants me. I like basketball. It’s fast-paced and I’m good at it.

I love high school. It’s awesome. Everyone at school is accepting. I go to a big school with 4,000 people. It’s overcrowded. There’s a lot of diversity, so there are a lot of gay people, I guess, but there’s a lot of everything. I have a lot of friends. And the thing with me is I flirt with everyone. I don’t know if they’re gay or not.

As told to Diana Scholl.
Photo by Laurel Golio, taken in Brooklyn, NY, 2010
To tell your story, email hello@wearetheyouth.org