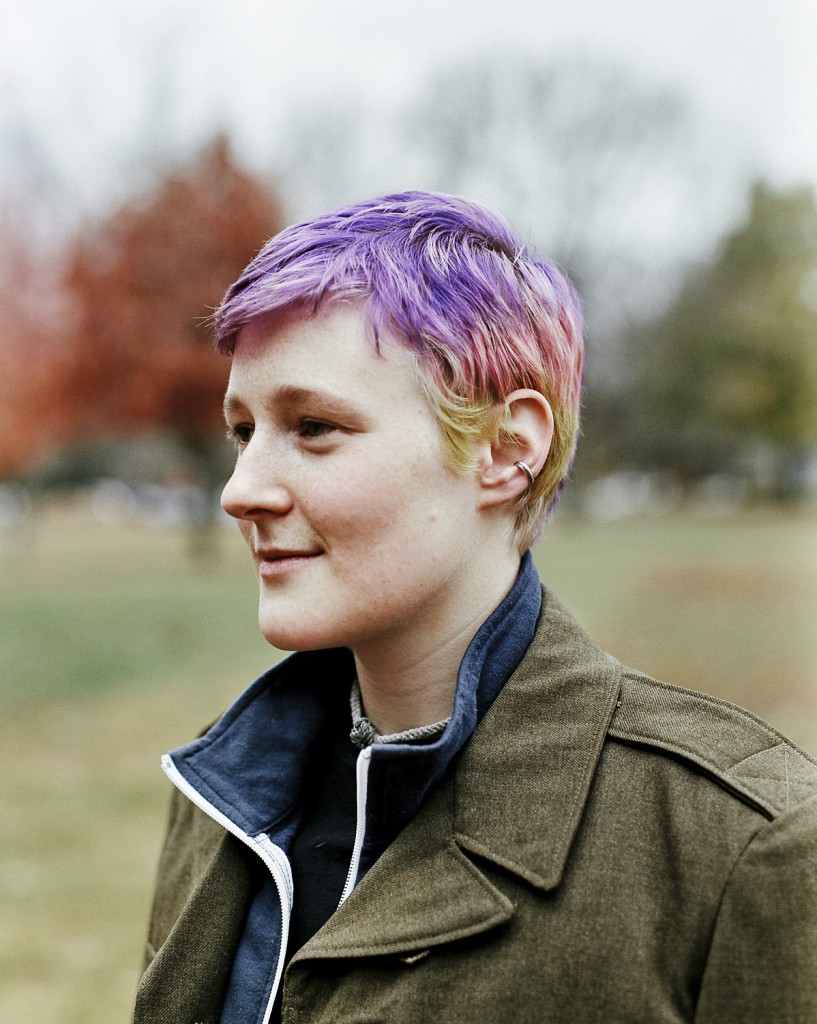 I was kind of weird in high school. Maybe not weird but quirky, I suppose. In high school I felt like I was always on the outside of friend groups, trying to get in. I never really felt like I was part of a community where I was really wanted. Then I came to Carleton and I made these really good friends. Now I’m still quirky but everyone else is quirky also.

When I applied to Carleton I went by my old name. I haven’t changed my name legally or anything, but I’ve been going through the process of trying to change my name completely on campus. So when I came here I introduced myself as Qwill. It’s listed as a nickname but sometimes professors don’t print it on the roster, so I have to correct them in class when they’re doing attendance, which I don’t really like.

Qwill is actually the name of a character in a murder mystery book series. I read the books a lot in late middle school, and then I think I just picked it for some camp name or something and really liked it and then — yeah. Also, I picked it just because it’s a gender-neutral name and it’s not really a name where anyone has any connotations as to what gender it belongs to.

People I know who were close with me when I was going by my old name — I hesitate to ask them to switch. I just don’t totally want to let go of it, I think. I always liked this story that my parents didn’t have to argue on a name; they both just, like, wanted me to have my birth name. It means a lot that both my parents wanted me to be called this, and it’s still a part of me and I don’t want to give it up.

I feel like my gender is kind of a pendulum. Sometimes I feel more feminine, sometimes I feel more masculine, but I definitely swing somewhere between the genders. I don’t really have a pronoun that I prefer, so people just always use female pronouns. It’s kind of complicated if I say I want people to use all the pronouns.

I’m in choir, where choosing a gender is hard to avoid. We wear dresses and tuxes instead of choir robes and there’s just a lot of gender involved, which bothers me. But also I really like singing, so I kind of put up with it. Actually, we’re singing in costume for this concert. So originally I got this big flowy dress thing, and people are like, “Oh it’s theater, just deal with it.” And the costume I wanted to wear was pants, but the director is really old-school, and everyone thought he would say no. But then I asked him about it and he was really supportive. So I guess I’ll be wearing 16th-century leggings.

As told to Diana Scholl
Photo by Laurel Golio, taken in Northfield, MN 2012
To share your story, email hello@wearetheyouth.org