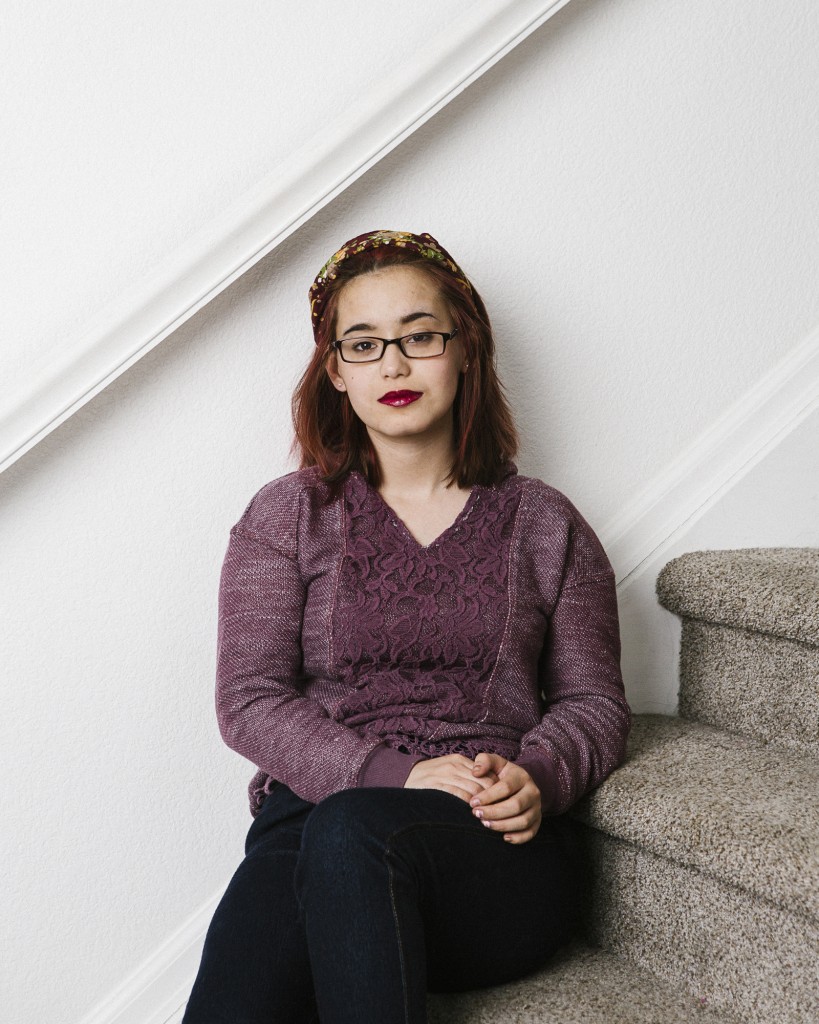 We were in the car with my dad one day when I was in 7th grade. And then my twin brother Lucas just goes, “Sage likes girls!” and I was just like “what the-.” I wasn’t expecting that or ready for that but okay.

At first I was like, “oh i’m bi; I can definitely like guys too’ and then dated a boy and I was like, “no, get away from me!” Middle school in general was not a fun time. I was really mentally ill, I had depression and anxiety, and different anxiety disorders and an eating disorder. All that fun stuff.

I was hospitalized twice, about six months apart. And then I tried to commit suicide, but then my parents didn’t really do anything. It’s a little frustrating. Cause it’s like, you know, I obviously wasn’t feeling good but they were like “school’s more important!” They checked me into the hospital when the summer came.

I used to be really close with my mom, but I realized she wasn’t very nice. She’d threaten to leave a lot, and say she wishes she didn’t raise us. My dad’s cool, but he usually takes my mom’s side. So that’s kind of annoying.

Lucas has always been like my caregiver. Even when we were babies. We have this picture of him feeding me a bottle even though we’re like, 2 years old.

Realizing that Lucas also had mental illness was harder than me being sick, because he’s such a big part of my life and he’s always been there for me and I just didn’t really know how to be there for him because I was still working on my stuff too. But I’ve seen him progress as he has so far and it’s pretty good to see him get better. We’re really close. We pretty much know everything about each other. We start singing songs at the same time and got everyone really creeped out.

I don’t think we’ll go to the same college. I’m going to go to school around here, and Lucas has bigger plans. I’m just gonna start an art business. I’m going to sell some of my art and some of other people’s art in my store. Art’s really fun. And I think sometimes what comes out of it is really really beautiful.

As told to Diana SchollPhoto by Laurel Golio, taken in Broomfield, CO, 2017.To share your story, email hello@wearetheyouth.org