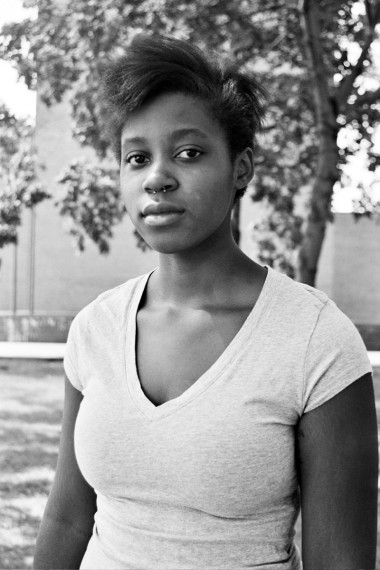 I’ve never had a girlfriend. Dated, yes. Girlfriend, no. In high school, I mostly met people at Center Lane. And dating people when you’re in leadership is not a good idea. I’ve seen it go downhill. It’s not smart.

I joined Center Lane my junior year of high school and pretty much threw myself into that. I helped plan prom and dances. I went to Equality and Justice Day in Albany and lobbied for students. That was the highlight of my year. It was amazing to be able to go somewhere and talk to people and see it from a different perspective. Anyone can throw out a letter or stop reading, but when you’re in front of them they have no choice but to listen.

I wanted to go to a different high school so many times. Dobbs Ferry is a very cliquey school. You have those groups who only hang out with some people. They’ll have parties or something and only invite their clique. It’s like that all the time. I eventually found a friend and hung out with her group of friends.

College is completely different than high school. It was hard adjusting, but it’s something I wanted. It’s nice to not be in that same place anymore and experience a different atmosphere. I’m just walking around campus, taking pictures of people. Everyone’s so okay with it.

I’m in a triple, with very cool, artsy girls. I’m doing rugby. One of my best friend’s sisters played rugby and she’d always be talking about it, but I was always really nervous to try it. But then I did it. I’m also working two of the jobs I had in high school. My mom’s helping me, but she can’t really help me. I took out loans. I paid for my first semester.

I told my mom I liked girls in eighth grade. She didn’t pay attention to it. I told her again last year. She pretends it doesn’t exist. She didn’t say anything at all. I’d rather she be angry.

My brother’s 25 or 26. We used to fight a lot, but recently we get along a lot better. He’s tried to take the role of being a good father because he knows my father’s not doing a good job with it. I’ll put on a dress and he’s like, “Where do you think you’re going with that?” Then he’ll tell me to go out and hang out with people. He tries to balance it.

My brother just left for his deployment. He’s in the Navy, so you’ll never know where he is. I heard that he was in Africa for a little while. It’s scary.

My family’s important to me. We don’t really have traditions in my family. At Christmas we share presents, but we don’t have a tree anymore. I don’t know my roots. I’ve been trying to figure it out for a long time. Everyone around me has an ethnicity they celebrate other than white, or black. I want to see if they have traditions.

As told to Diana Scholl.
Photo by Laurel Golio, taken in Purchase, NY, 2011
To tell your story, email hello@wearetheyouth.org