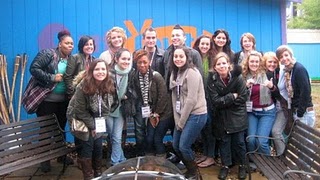 13-Year-Old Asher Brown committed suicide last week after anti-gay bullying at his Texas middle school. The suicide came after Asher’s parents notified school administrators that their son was being taunted. No action was taken and the school now claims that they never received any calls.

Unfortunately, this story is far too common. Help make a difference by supporting programs such as The Trevor Project, a confidential hotline focused on crisis and suicide prevention among LGBTQ youth. You can reach The Trevor Project 24 hours a day at 866-4U-TREVOR (866-488-7386)