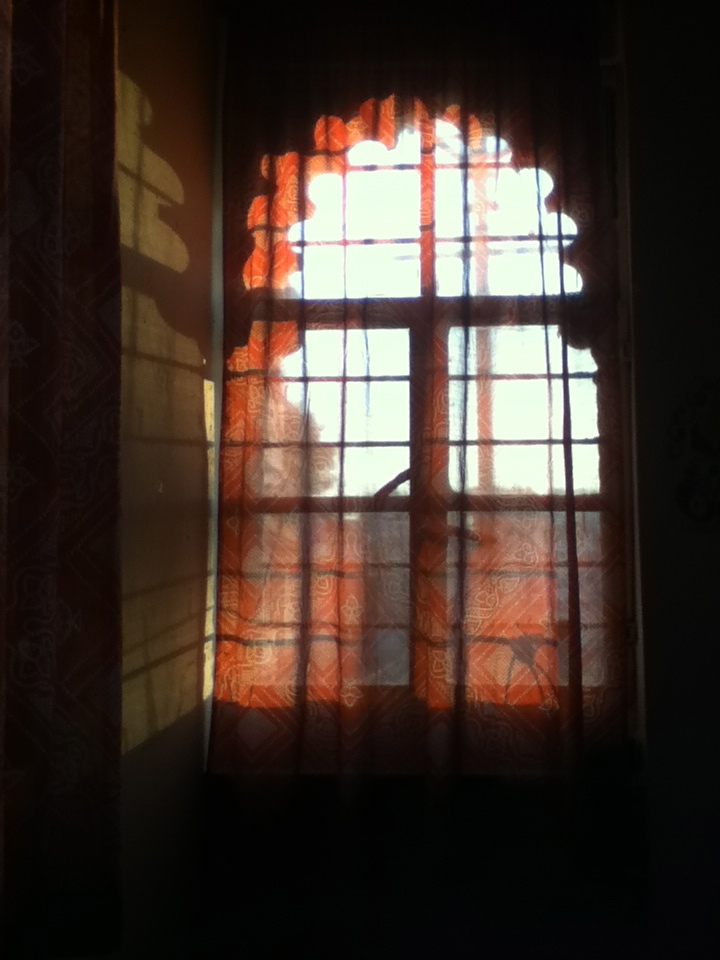 Dear We Are the Youth readers,

I’m writing to you from a city called Udaipur, in the dry Western Indian state of Rajasthan.  It has many lakes that were man-made four hundred years ago, and the effect is shimmering, reflecting, floating, and rejuvenating.  The window frames in Udaipur are scalloped, made out of stone, wood or concrete and it makes you feel like you’re in a fairy tale.

Before arriving in Udaipur, I spent a few weeks in New Delhi, trying to get acclimated to India and slowly searching out queer communities.  After quiet and controlled Singapore, arriving in India was a feast to my senses.  Of course, the intensity of sounds and tastes can be alarming and draining if you’re also experiencing Indian culture for the first time.  So let us suffice it to say that I’ve had a difficult time adjusting, as I had two bouts of the stomach bug, fell into a scam (which was scary but fortunately ended well), while dust and loud honking has numbed my orifices.

Thus, while my previous posts have included zines that I completed, I’m still working on my zine for Singapore AKA haven’t been working on it and so it’s not yet finished! I’m learning to pace myself as I accept that I can’t always do things in the speed that I want.

However, I still have things that I want to share with you!  In an attempt to find queer communities in India, I put my feelers out via email and social media, which gave me some great leads. I think that whenever I look for kindred souls, the internet has been quite helpful.  In this case, I was led to a friend of a friend of a friend. He’s a trans person who went to a small liberal arts college in the US but is from Southern India and now lives in New Delhi at a fantastic organization that goes around giving sex education.  He taught me a lot about how he feels as a queer individual in India, and was a soundboard for me when I was experiencing frustration with my gender presentation here.

To elaborate, I’ve always enjoyed being able to play with my fashion on a spectrum of gender. I love waking up and deciding what to wear based on how I’m feeling or who I’ll be meeting that day.  Although traveling has always urged me to adapt to the new place I’m in, I enjoy finding the borders of what is “acceptable” in a given place and transgressing it.  The people I pass on the streets might give me a second or third glance but I don’t recall ever feeling continuously unsafe.  However—and I’m sure you’ve all heard about the gang rape case that happened in New Delhi—New Delhi was an entirely different story.  For one, being East Asian in appearance already made me either a tourist (AKA source of money) or a North East Indian migrant (whom they looked down upon). But to appear as a woman to people gave many men the license to say whatever they wanted or look as much as they wanted.  I thought I’d blend in a bit by wearing the local long kurta top and bottom with a scarf but I had simply accentuated my femininity.  One day, I went out in a very masculine outfit, complete with a binder I had purchased in Singapore thinking that perhaps I might be able to avoid unwanted stares or comments.  No matter where I went though, people called me ma’am, laughed or unabashedly stared.  I know many people who get this kind of treatment every day and so I don’t mean to complain; in fact, it’s been an eye-opening experience.

In stark contrast with these harder experiences, I’ve been meeting some incredible individuals.  For instance, on one Saturday afternoon, I went to a Queer, Lesbian, Bisexual and Trans women’s group meeting. They’re called Qashti, which means boat in Hindi and rainbow in Hebrew (random!). At least a dozen interesting people showed up and we went around with introductions and then started asking questions for people to answer if they had stories.  Each time someone told a story in Hindi, someone quickly interpreted into English for me (the only one who couldn’t speak Hindi there) while when things were said in English, it took a bit longer to interpret it into Hindi for the two that couldn’t speak English.

I’ve found it difficult that the English language excludes people in India who are from lower class backgrounds. And in this case, I felt my own presence at the meeting to be quite intrusive.  As a foreigner who doesn’t speak Hindi, Tamil or any other regional languages I feel that I don’t have as much of a right to enter and probe spaces where only local languages are spoken.

That being said, I’m trying to find spaces that aren’t as “predictable” and aren’t excluding non-English speakers.  I recently read a collection of stories by hijras (see more on hijras here) from the south of India and was compelled by the different kinds of narratives and issues they face as opposed to the communities I’ve been exploring so far.  In Udaipur, I’ve been trying to ask new local friends what they think about homosexuality or non-mainstream sexual/gender identities but I think I need to continue building my relationships with them before they share without reservation.

Mumbai is having its gay pride tomorrow but I’m staying in Udaipur mainly because while I believe in the power of pride parades—especially in places where it’s still new—as I mentioned above, I’m trying go beyond “obvious” sites of LGBTQ activism.  Further, I question what it means when pride parades become the only language through which LGBTQ activism is seen internationally? And how do we include voices that might not be able to associate with the equally rigid identity words under the LGBTQ umbrella? I am trying to find those voices, and trying to find my own voice outside of this umbrella as well.

If you have any thoughts on this, I’d love to hear them too. You can write to me at heymiyuki@gmail.com.