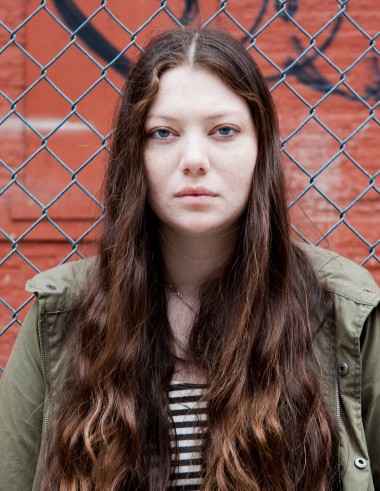 I wrote a paper about hair, and when I started writing it, the point was going to be that you can’t judge people’s sexuality based on their hair.  But then all the research I found showed you can make assumptions on people based on their hair, and it’s been a really helpful way for the queer community to identify each other. My paper ended up with me realizing that I am the exception.

I feel like I have to always drop hints when there’s someone I’m into. It is kind of a bummer. But now is one of the first times I feel very comfortable with who I am and who I’ve grown into the past few years. I don’t want to alter that.

I think I first realized I was attracted to women when I was 16.  It was interesting, my mom knew me so well, when I told her she said she wasn’t surprised, since I’m very drawn to feminine things in my artwork. It’s not that my art is necessarily girly, but it’s very female and bold, and maybe delicate. A couple years ago I felt very fragile, and my art reflected that. Now it’s feminine in a more concrete, stronger way.

I identify as queer because I’m not comfortable 100 percent cutting out an entire gender. I didn’t really embrace the word queer before I knew about it at Mills College. I’m majoring in women, gender and sexuality studies, and I learned a lot about what it means to be queer as not just a sexuality but as a political identity.

Honestly, I can’t imagine myself dating a guy. I’ve never felt an emotional connection to a guy before. Maybe like once or twice, I felt a physical connection. But if I just want to hook up with someone and don’t like them as a person, it’s probably a bad idea.