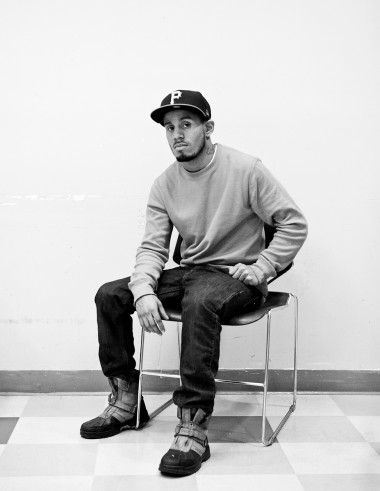 My goal is to be an outreach specialist. My Plan B is to drive trucks. My other Plan C is to be a good daddy to my kids. I came a long way where I was when I was a little boy. My life story is a whole different thing. When you live without a mother, and your father passes away when you’re five, staying in the city of Tampa is rough.

I learned how to sell dope at the age of 11. I didn’t want to sell at the time, but I had to do what I had to do to get my money. After that, I started getting in trouble. I got my first gun, a 9-millimeter, and started using my gun to break into people’s houses. We used to take the TVs and take them to the pawnshops.

When I went to jail, my first day in Orlando, I got stabbed on the side of the ribs. I got the mark on my head still. I did the five years, but it felt like I was doing 20 to 25. I didn’t have nobody to talk to, nobody to send me canteen. It was like gang banging.

I got my GED in prison, because when I was a youngin I wasn’t attending school like I was supposed to. But I didn’t want to get locked up again. I didn’t want to be the type of person who keeps coming back.

As told to Diana Scholl.
Photo by Laurel Golio, taken in Brooklyn, NY.
To share your story, email hello@wearetheyouth.org