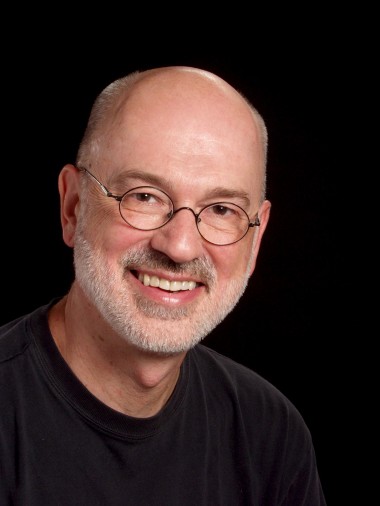 No Name-Calling Week started in 2004. The second year No Name-Calling Week came under attack on a national level, because the book had a gay character, and GLSEN was a sponsor. There was a story on CNN about it, where I was referred to  as “openly gay author James Howe” which, when you’ve spent most of your life in the closet, is a pretty cool thing.

While The Misfits and its sequels has Joe, an openly gay middle schooler, it also focuses on kids who are outcasts for reasons other than their sexual orientation. Was that intentional?
Yes, when I came out at age 51, I knew I wanted to write about gay characters, and my intention was very much to help people growing up gay see they weren’t alone. But I knew I didn’t want to write a book that’s only about a gay character. Struggling so long in my own life with that issue, I was afraid there would be too much anger in my writing. That let me focus on people being different in lots of ways. The book is about what it’s like growing up different and being targeted for name calling.

Were you always planning to write a series?
No, I’d go into middle schools to talk about The Misfits, and I’d be asked about the character of Joe, and why I created him. So I wrote Totally Joe. Writing Addie on the Inside was really, really hard for me. It took me two years to figure that out, and two years into that, I decided to write in poetry. I really wanted the poems to stand on their own.

Do you relate to the character of Joe?
While Joe and I are similar in many ways, we grew up in radically different worlds. It gives me a deep satisfaction to show young characters in a different time than when I grew up. I’ve been tracking young adult books with young gay characters and themes for years. The story used to take a tragic turn, and that changed over time. I like to think The Misfits helped change that. I’m very aware of the difference now.

The world has changed in the ten years from the publishing of The Misfits to Addie on the Inside.When I wrote The Misfits and it was published in 2001,  young readers often said that a boy like Joe wouldn’t be able to have a boyfriend, that it wasn’t realistic in seventh grade. And I wanted my readers to question why they thought that was true. By the time I wrote Addie on the Inside,  I could have Addie start a Gay-Straight Alliance in middle school, and reflect reality rather than imagine something that didn’t exist. Who knows? With GSAs becoming a fact of life in middle school, maybe seventh grade boys will soon be able to have boyfriends and girls will have girlfriends, and no one will think anything of it.

Thanks to James  for participating in this interview and to Simon & Schuster for donating copies of Addie on the Inside.

Enter the raffle to win a copy of Addie on the Inside by tweeting #ilovefreebooks to @wertheyouth, or liking any We Are the Youth facebook status that mentions Jim Howe or his books by Sunday, January 29, 2012. Winners will be announced Monday January 30.