I was born in Mexico and we came here when I was seven. My family’s very Catholic, but they work with a lot of gay families. I always thought they’d be fine with it. I was wrong, clearly.

When I turned 18, I started telling my dad again. My mom told him, “This is your daughter, she’s not gonna change,” and started making my dad talk to me. The only reason I told him again was my parents have a rule: No dating until you’re 18. So I told him I had a girlfriend and wanted to be honest with him.

Was Claire my first girlfriend? Bullshit. I dated people and I hooked up with people, but my parents weren’t aware of it before. They’ve always seen me as the good kid, compared to my two sisters. They think I’m a goody two-shoes.

But dating is kind of a weird word for me. I think dating is no good. I’d always been a let’s-just-have-fun kind of person until I met Claire.

I met Claire at Common Threads about a year ago. I didn’t really know who she was, and my then-really good friend A was interested in Claire, so I was helping my friend get with her. But three or four weeks after Common Threads, I met up with Claire again and started talking to her, and slowly an attraction happened.

When I asked Claire to prom, A and I ended up not being friends anymore.  We’ve gotten into a lot of physical fights. My friend was a very special person to me, but I’m not exactly sad about it. You can’t get held up on things. Grudges aren’t exactly the best thing to hold. I can’t help her if she can’t get over it.

Claire’s still in high school, but that’s not weird for me. I think age is just a number. She’s been through a lot. She’s learned to grow up and be independent.

Like me, Claire’s very eco-friendly. We both care a lot about nature. She’s a vegetarian. My parents won’t allow it but when I move out, I can finally be a vegetarian.

I found a really great place in Nyack. I want to move in with friends in the summer. Nyack’s like gaytown. Very gay and hippie. I’m really excited.

I don’t think telling my parents right now that I have plans to move out would be the best idea. I wanted to go to a four-year college but my mom really wanted me to stay close because my father’s sick, so I went to Rockland Community College. I don’t think my father has a clue that I stayed home for him.

For me, family does come first. I want to go to Smith or Bard after next year, but two things are stopping me: money and needing to be close to home. Maybe if I was given a scholarship, I would go to one of those schools.

I’m going to be at RCC for another year. I was not looking forward to coming here at all, but I got involved with lots of things. I’m on student government and am president of the Gay-Straight Alliance. Now I don’t love it, but I definitely don’t hate it.

Not to brag, but I have that leadership thing. I think it’s because I grew up in a family of four women and one guy. I was always very strong-minded and open-minded. My grandmother always said that just because you’re a woman, that shouldn’t limit you in any way. 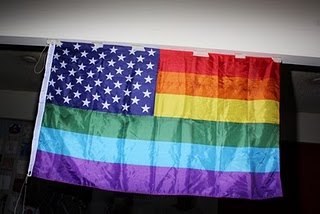