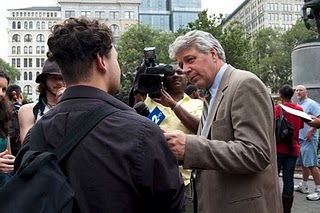 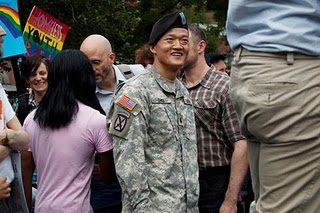 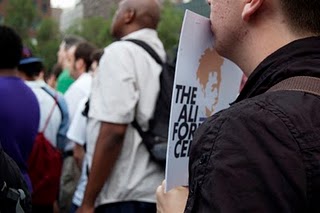 More than 500 activists of all ages gathered in Union Square Monday night to show solidarity with homeless youth, after a homeless youth center in Astoria, Queens (run by The Ali Forney Center, was vandalized with anti-gay slurs. The rally was held in response to last week’s vandalism as well as the proposed city budget cuts that threaten to reduce The Ali Forney Center’s funding by half.

Forty percent of homeless youth nationwide are LGBT. Many have been kickedout of their homes because of their gender identity or sexual orientation.”It’s not a lot of money we’re talking about and yet it could mean the difference between life and death,” New York City Comptroller John Liu said at the rally.

Read more about the rally.