Named to the Daily Dot’s list of Top 10 Online LGBT Activists • Included in GO Magazine’s 100 Women We Love list • Listed as a Top Ten book on the American Library Association’s Rainbow List • Exhibited at the Brooklyn Museum and the Leslie-Lohman Museum of Gay & Lesbian Art • Featured in The Advocate, Cosmopolitan, The Huffington Post, Buzzfeed and More!

We Are the Youth is an ongoing photographic journalism project chronicling the individual stories of lesbian, gay, bisexual, transgender and queer youth in the United States. Through photographic portraits and “as told to” interviews in the participants’ own voices, We Are the Youth captures the incredible diversity and uniqueness among the LGBTQ youth population. We Are the Youth addresses the lack of visibility of LGBTQ young people by providing a space to share stories in an honest and respectful way.

Since June 2010, We Are the Youth has profiled more than 100 young people across the United States. As the project expands, we aim to be even more geographically diverse.

We Are the Youth’s first book was published by Space-Made in June 2014 and has been listed as a Top Ten book on the American Library Association’s 2015 Rainbow List. Order your copy today! 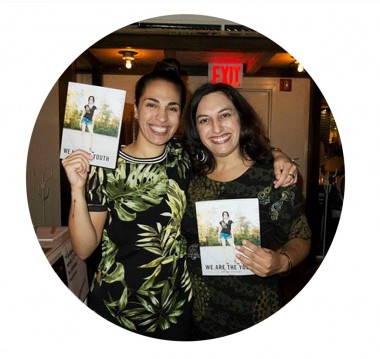 We Are the Youth was created by Laurel Golio and Diana Scholl, childhood friends and Brooklyn-based artists. Diana and Laurel have toured nationally and are available for speaking events and gallery shows. Please email booking@wearetheyouth.org for further information. 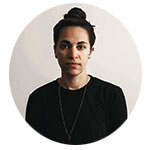 Laurel Golio, Co-Founder/Photographer: Laurel is a photographer and visual anthropologist. Her work revolves around the examination of community and its various subcultures, with a focus on using portraiture to investigate issues of self-presentation and identity. Laurel has been a contributor to The New York Times, New York Magazine, Metropolis Magazine, The Fader, Fast Company, The Oxford American, and the British Journal of Photography. She graduated from Smith College. laurelgolio.com

Diana Scholl, Co-Founder/Journalist: Diana is a communications strategist at the American Civil Liberties Union, and an award-winning writer whose work has appeared in New York Magazine, POZ, and City Limits. Her City Limits article, “For Transgender Homeless, Choice of Shelter Can Prevent Violence” was recognized for Excellence in Newswriting by the National Lesbian and Gay Journalism Association. She graduated from Northwestern University’s Medill School of Journalism.