When we moved to America, I tried to become more American. I was born in Korea and we moved to Marietta when I was 10. I have tried to get more into my Korean heritage recently. I’m trying to learn the history and where my family comes from and that sort of thing. I don’t speak Korean very well. I speak barely enough to get through to my parents.

I come from a very, very traditionalist, conservative Korean family. Growing up, I never knew what gay was. The concept was entirely foreign to me. I actually haven’t come out to most of my family. I’m pretty sure if my dad found out, he’d kick me out. My siblings know, I think, but we never talk about it.

I accidentally told my mom during my junior year of high school. I was thinking about it for a while. Then my mom and I were sitting in a room and she’s like, “Do you have something to tell me?” She said it was a phase and it would pass. We’ve never talked about it since. And a lot of tears were shed — by me. I don’t think she cried.

Being at college, away from my parents, is a lot more liberating. It gets a lot more difficult as I get more active in the community.

Ever since I’ve come out, I’ve been very proud of who I am. My first kiss with a guy was the summer after I came out, the summer between sophomore and junior year. A guy who’s now a really good friend of mine. We went out for a week. He didn’t think gay rights were really a thing. I helped him come out of the closet and become more active.

I want to do things for the community. I founded the Gay-Straight Alliance in my high school. There were a few other gay kids. Our GSA was more straight allies than queers, which was interesting.

It’s different here. I got to Emory and realized there’s so much I can do for the community. I really wanted to get my voice out there. There are more gays than I’ve ever met here. It’s refreshing. I never knew there were so many out and proud, active kids around. But still you don’t really see a gay couple holding hands.

I don’t particularly hang out with Korean kids at Emory. They keep to themselves and speak Korean. Also, Asian culture is very homophobic. I don’t know many gay Asians. There’s one person who comes to the Queer Students of Color group on campus, but that’s it.

I definitely want to come out to my parents, but I want to wait until I get a better foothold and can support myself. I’ve mentally dealt with it and made peace with how it is with my parents. But sometimes it’s hard. My home life feels like it’s a lie.

As told to Diana Scholl.
Photo by Laurel Golio, taken in Atlanta, GA, 2010
To tell your story, email hello@wearetheyouth.org 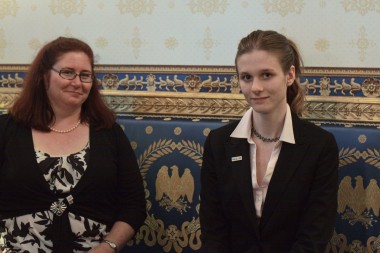 My work isn’t limited to the national level; at home, I work as a community journalist reporting on queer youth issues, I’m leadership for my school’s QSA, and I work to help create safer schools in my state with the Illinois Safe Schools Alliance.  END_OF_DOCUMENT_TOKEN_TO_BE_REPLACED 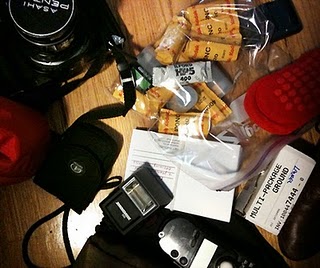 We Are the Youth is heading to the South! Starting in Atlanta, Diana and I will be driving all around Georgia, over to Alabama and across to Mississippi, all in 7 crazy days! We’ll be posting trip updates here and on Facebook and Twitter so stay tuned for sensational photographs of fried chicken, biscuits with honey, collard greens and, oh yeah, news on Southern queer youth.

Thanks again for all the support!