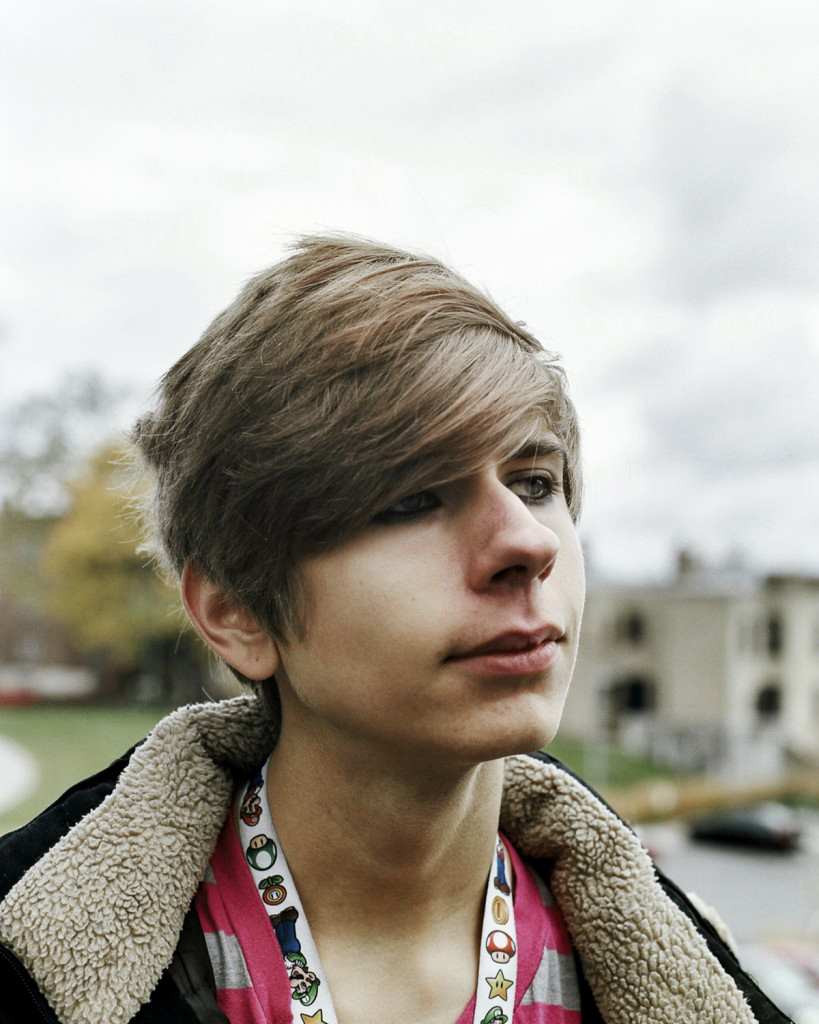 What’s the hardest thing I’ve ever been through? I know the answer to this. I was actually diagnosed with anorexia in 2007, a while ago. It was kind of like OCD. It started out as a diet and I just couldn’t stop because I kind of go all-out on things. It goes along with how I get fixations with cartoons, like how I used to obsessively redraw Bart Simpson.

I set up a meal plan for myself that was really low on any intake, and I couldn’t break from it. I’m at a healthy weight now and have a meal plan set up by a dietician, but it’s something I still deal with every single day. I think very obsessively about what I eat. I think it’s that I don’t trust myself.

The anorexia initiated me going to therapy every month, and I think the therapy grounded me to be a successful person. I really like the way I developed and I feel like I maybe wouldn’t have gotten here if I didn’t try to solve my problems in therapy. It helped me with my problems of religion and cynicism about the world.

I kind of consider myself a born-again atheist. I’m kind of a pseudo-Buddhist despite my materialistic tendencies. I was raised Lutheran, but through my own thought found my way out of it. It was a difficult time, to feel like I was losing a part of myself. I couldn’t believe in God if I even tried anymore. It disturbed me, because something that made me feel like everything was going to be okay was gone. When I was more religious I used to feel more connected to things. I feel disconnected from it now, but that gives me comfort that I can live independently as an individual.

As a middle child I’ve always had a little bit of an identity problem. Being gay or bi or whatever makes it even more confusing. Something I’ve observed of a lot of people — and definitely myself — is right when you come out there’s a little insecurity, and you maybe want to assert your identity a little bit.

Usually I just say I’m gay, but I’m probably more bi-leaning-towards-gay. I keep it loose. I’ve found it’s a gray area, but I never had any success dating girls. I dated one girl and it was the most awkward damn thing ever. I had no passion and didn’t put any effort into it. I never had any opportunities at dating a guy back home in Eveleth, Minnesota, but I do know the pursuit of it came much more naturally.

I had this weird date back at home about a year ago and he was just way too immature, so it just ended awkwardly. I was kind of lonely and desperate because I didn’t have much opportunity for dating. I haven’t dated anyone at Minneapolis College of Art and Design yet. Hopefully I’m more successful.

It’s basically a dream come true, being here. I’m thinking of going into animation or comic arts. I’ve spent my whole life loving cartoons like The Simpsons and Powerpuff Girls. I love basically anything that’s animated. That’s what drove me to be here in the first place: to draw. In ten years I’d like to see myself in New York or L.A., with a secure job doodling for a living.

As told to Diana Scholl.
Photo by Laurel Golio, taken in Minneapolis, MN, 2012
To share your story, email hello@wearetheyouth.org