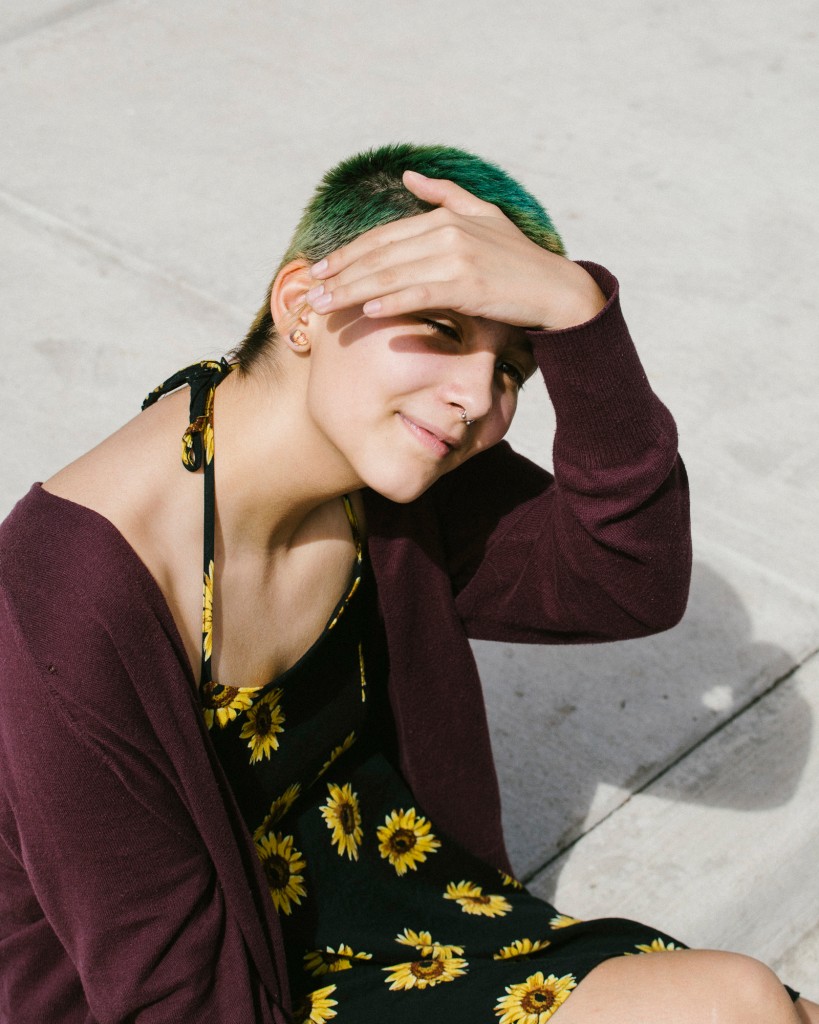 My mom is actually my best friend. There have been times where it’s been just me and my mom and that’s like all I kinda had, so we’re very close. She’s been probably the most accepting person of my gender and sexuality. She was standing at the kitchen like doing dishes and I was like, “Yeah, I dated a girl for six months.” She’s like “Are you gay?” and I was like, “No!” and then I came back a few minutes later and was like, “actually, yeah.”

My grandparents are a different story. I remember when I was 12 and I knew I was gay, it was when like the whole Chik-fil-A thing was happening and I was sitting in the car and I told my grandma I didn’t want to go to Chik-fil-A with her. And she was like “do you even know what a homosexual is? Men who sleep with other men and women who sleep with other women!” And I felt like just that’s not something you want to hear when you’re in the closet.

So then they found out and it’s just something that they just don’t want to talk about. It’s a little embarrassing for them I guess, which is kind of upsetting where they won’t ask me about my girlfriend but like everyone else will be in the room and they’re like “Oh how is your significant other?” It’s just like, oh, you don’t want to ask about mine…okay.

I  met my girlfriend on Facebook actually because I’ll add people don’t even know. I’m in this weird community of people in Colorado, who have never even met each other. Because I go to a lot of punk shows and stuff.

I make music too. I play ukulele and sing. I posted this video of me singing outside over by the 7-11. And she’s like, “Oh my gosh, this is so good. If you ever put any music on Bandcamp message me.” So then I did and that just kind of started from there. We’ve been dating about seven months. I like her a lot. And my mom likes her a lot too.

My first relationship only lasted for a month because she was still confused about her sexuality. And I think she still is like a little confused so she spared me from like being together for a long time and then being like “Oh, never mind. I like boys.”

I identify as queer, because I’m nonbinary and I use they and them pronouns. I’ve been identifying as nonbinary for about a year now. I think I played with my gender more than anything. For a while I thought I was a trans male and I had everyone call me Adam and then I decided that’s not what I wanted and then it was like “gender fluid.” This is longest I’ve settled on something. I’ve always been more masculine. I  mean I’m wearing a dress today, but it’s hot outside.

Some days I’m just more in touch with my feminine side, and some days I just am really masculine. I’ve gotten into make up recently and it’s great cause like now I feel like I have more options to like fully express myself. So on days where I’m feeling more feminine I’ll do more feminine make-up. Because make-up isn’t really gendered. This sounds really dumb, but I express myself a lot through my eyebrows. So when I’m feeling more masculine I’ll do a thicker eyebrow and if doing feminine I’ll like make them thin and nicely-shaped. I just feel like make up gives you a lot of opportunity to be someone else.

As told to Diana Scholl
Photo by Laurel Golio, taken in Denver, CO, 2017.
To share your story, email hello@wearetheyouth.org