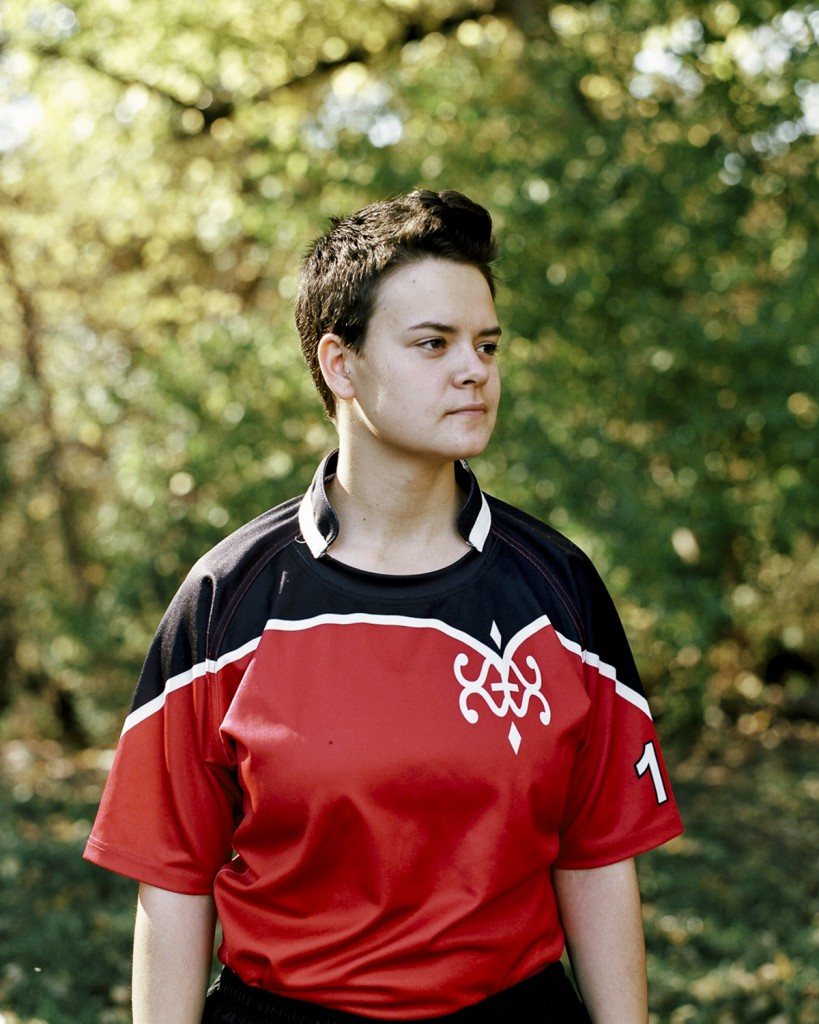 I think I have one of the most unique RA positions at Lincoln because I am the only RA in a building for grad students. And it’s funny because I’m 19 and most of them are, like, 25 years old. Generally that’s the age of people I hang out with anyway, but it was just sort of this funny dynamic. I didn’t come out to them about my age, but they just sort of found out. But they have respect for my authority and that I know what I’m talking about. So that’s good. I like being an RA because it’s sort of setting a positive example for people, which I think is also why I’m part of the Queer Nebraska Youth Networks.

I got involved with QNYN because Drew Heckman, who started the Gay Nebraska Youth Network a couple years ago, and I were both speaking on a panel. We were telling our stories and then both started doing these full-body nods about what the other was saying. We both just wanna make sure that no other youth, when they come out, feel discriminated against. Or at least, if they do, they have a place to deal with it.

It was scary for me to come out. I was a sophomore in high school when I started coming out to friends. I went to an all-girls Catholic high school. Some people would think that that would be a bad experience, but actually it was fantastic. My whole class rallied behind me. Everybody seemed to be really on fire for activism, and the faculty and staff were really supportive.

I identify as queer. I think queer is a better word, and I’m glad that it’s becoming more popular because I don’t want to put myself in a box. Like, primarily and almost entirely I am attracted to women, but at the same point I don’t want to discount the idea that someday I might meet a guy and that might be what I’ve been looking for. So I do think it’s really limiting to fit into one little group, and I think queer does a nice job of encompassing everybody. And people have to ask you what you mean by “queer” and then you make that definition your own.

When I was younger and pretending to be straight, I dated some boys and I was like, “God, I am not attracted to you at all.” And then I would break up with them in a couple weeks. I’ve only dated girls since then. It’s been a much better experience.

I am maybe starting to see a few people but nothing too serious yet. I guess rugby has become the new outlet for meeting people. I don’t want to totally generalize it, but in relation to other sports there are so many gay people who play rugby.

The team that I play with is a fantastic group of ladies. It’s really somewhere I feel like I fit in. We all are just really a cohesive pack. I think that’s also in the whole nature of rugby because the whole thing is about protecting your teammates.

Rugby especially has started to take up a lot of time, but I really love it so I’m not too concerned. Other than that, I’m an international studies major with minors in Spanish, human rights and humanitarian affairs, and sexuality studies. My whole plan is that I’ll get my law degree, and then I’m gonna have this pack of legal people. One can be specialized in HIV stuff, one can be specialized in child welfare, one can be specialized in female genital mutilation, and I’ll be the gay rights lawyer. We’ll hunt around different countries and take up cases and bring them to the international criminal court and then prosecute the governments. We’ll get enough international pressure and focus on these countries that we’ll force them to change the laws. We’ll go country by country and change the world.

As told to Diana Scholl.
Photo by Laurel Golio, taken in Omaha, NE, 2012
To share your story, email hello@wearetheyouth.org