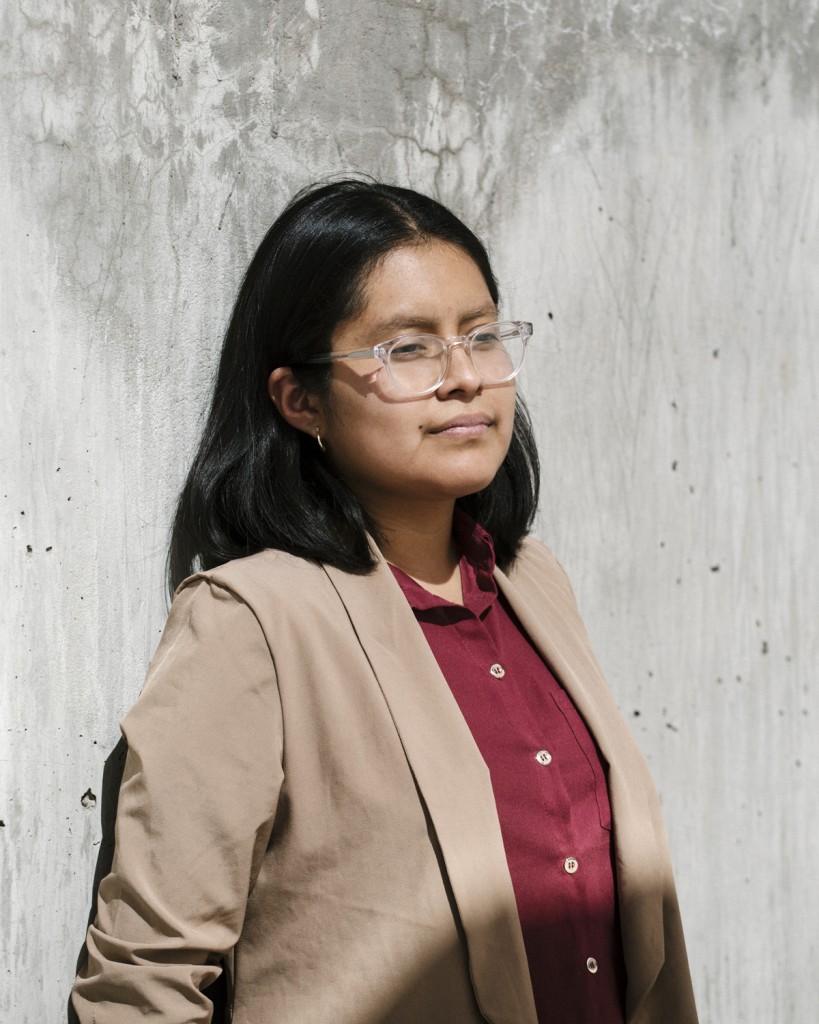 When I started college my advisor was interviewing me and was talking about these concepts of Chicano identity. I was like: “No, that’s not my identity at all. It just doesn’t fit.” I was sort of isolated from a larger Mexican-American community.  My parents were still pretty indigenous, so Catholicism was something they grew up with, but not necessarily something they imposed onto me and my siblings. And I was raised Presbyterian through my adoptive folks. And growing up, a lot of people would tell me, “Oh, you’re very whitewashed.” I grew up on a farm, and my parents and I grew up with these two sets of parents. The advisor didn’t believe me at first. And it wasn’t because he was being mean about it, he just wasn’t aware that that was a thing that could happen.

When my dad came to the U.S. as a refugee from Mexico, he met this doctor who was doing an internship at a farm. She vouched for him, and helped him go through the citizenship application process and navigate that bureaucracy. The doctor and her husband never had children together, so my siblings and I were sort of their children. And I understood that very early on. But I never had to explain it to people, just because it wasn’t a big thing. But coming into my identity and knowing that my identity matters, especially as a queer individual, I have come to see myself as a transracial adoptee.

Another part of my identity is that I would consider myself nonbinary, and identifying that way also came about when I was trying to decolonize, and understand my indigenous identity, and how the binary really existed in the Western culture, and not other societies prior to colonization. So it’s a very powerful way for me to decolonize.

I identified as bisexual for a really long time. And actually, I think when I was six and saw a gay couple I remember so vividly because I realized that was something I could be. And it wasn’t until I was in high school when that was a reality. And I was with my partner at the time who was also biseuxal, but he was a cisgender man—and I considered myself asexual for a long time when I was in that relationship, and it wasn’t until recently where I was like: “Oh, I’m not asexual! I just don’t want to be with men in that way.”

It was definitely scary, because being in a cis heteronormative relationship is very safe. So realizing that I wasn’t being true to myself, or speaking my truth, was very big. I still consider myself, pretty, like, on the asexual spectrum, but I don’t want to be with cisgender men in that way. So for me, it was actually very liberating.

And the last relationship I was in with a guy was not very good. It was very toxic and manipulative. So healing from that, and healing through realizing my identity was very powerful. After I got out of that relationship with my abusive partner, I was able to heal. I saw a therapist. I was 18 and was able to do that on my own. I had a car and, I was just like: “I just need help.” My therapist was really great. I was on medication for a while. When I started healing, I also found my community of queer people of color, so I strongly believe that when you start looking for things, they start looking for you as well.

As told to Diana Scholl
Photo by Laurel Golio, taken in Denver, CO, 2017.To share your story, email hello@wearetheyouth.org