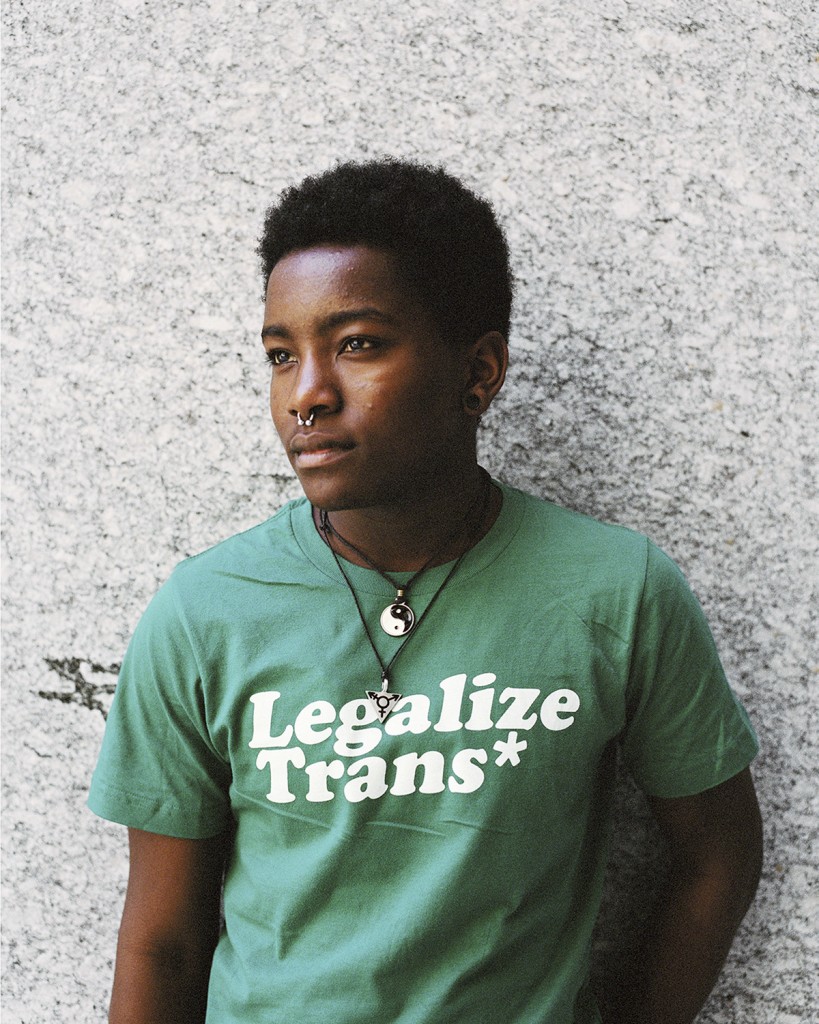 Becoming homecoming king is kind of the only normal teenage dream I’ve had. I was really surprised, though, that I was nominated. I didn’t think it was attainable because I’m trans, but now I feel like I could get it. I’m taking the steps that need to be made for progress among the transgender community. I’m just trying to make the T in LGBT not so silent.

Being a black trans man is an especially unique experience. When you transition from any gender to another gender, that affects you. I went from a black woman to a scary black guy. My white trans guy friends say they get all these great privileges. I’ve had a lot of experiences where people look at you differently. It’s scary.

I moved from Charleston to Charlotte because my mom couldn’t afford to take care of me anymore. I moved in with my dad and stepmom. I left because of safety issues. My dad’s an alcoholic. When he drinks he gets pretty abusive. I couldn’t handle the physical part. When my dad thought I was a lesbian, he thought beating the gay out of me would change something. When I said I was trans he said, “You’ll always be my little girl.” I didn’t feel too much remorse about the way he’s treated me. I didn’t grow up with him. I’ve always had resentment towards him for leaving me and my mom when I was younger. Whenever he expressed how he wasn’t supportive of me it hurt, but it didn’t hurt more than it had before.

Now I’m in foster care. The system has been very supportive as far as me being transgender, but it’s been very painful. At any time someone could just say, “We’re sending you back.” Next year I’m going to live on campus at UNC Charlotte, but there’s an agreement with foster parents in North Carolina where you can come back and stay with them for breaks from college.

I’m really excited for college. I’m going to UNC Charlotte to major in math and minor in music and education. UNC Charlotte is very LGBT-friendly. You can meet a ton of new people and have friends who understand and get it, and have friends who only know me as Blake. It’s really annoying being known as being trans. Even the people who are really supportive say things like, “I know who you were.”

Playing rugby was the first time I was ever treated equally as a male. Sometimes you’ll get guys who will say, “I don’t want to tackle a girl.” At the time I hadn’t officially said I was trans. They all called me Shaggy. It was a very welcoming experience.

My current girlfriend is the first person I’ve dated where I was like, “I’m Blake. I’m a boy.” Of course, she asked her initial questions out of natural curiosity. But she was like, “You don’t exist as a girl like me.” Sometimes she forgets I can’t use the guys’ bathroom at school. She went with me to my first doctor’s visit to start testosterone. She’s been there constantly. She’s there for me when people mess up on pronouns, which makes my life so much easier. I think everyone needs that. Whether you’re in a relationship or not, it’s amazing to have someone there for you.

As told to Diana Scholl.
Photo by Laurel Golio, taken in Philadelphia, PA, 2013.
To share your story, email hello@wearetheyouth.org