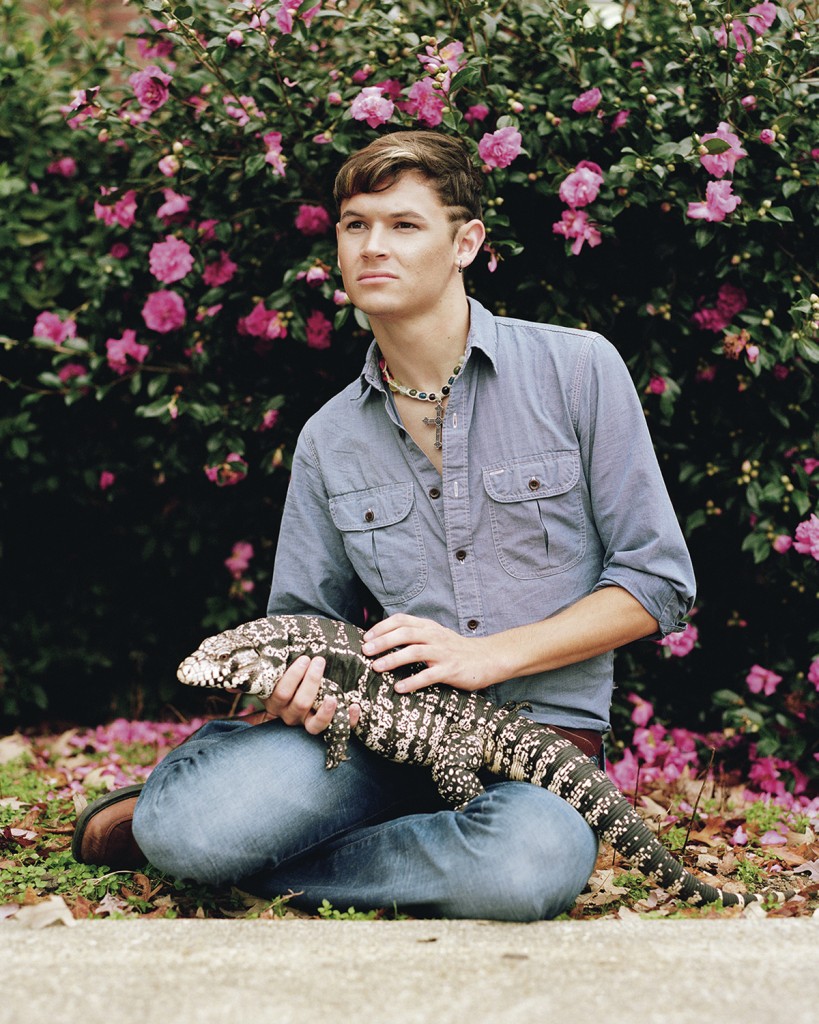 I highly hold on to my evangelical roots even though they sort of slapped me in the face a little bit. But I grew up believing certain things, and just because I’m gay doesn’t mean they don’t make sense to me anymore.

There are some things I have to rethink and put different spins on. And people will say, “Well, you didn’t think homosexuality was right until you came out of the closet.” Well, I wasn’t open to discovering new things, and this puts the Scripture into a different light.

Until I started at Auburn, I went to a private evangelical Christian school in Memphis. I realized I was gay in probably the seventh grade, but if I had come out then I would have been expelled. The general consensus at my school, drawn from Romans 1, was that it wasn’t a sin to be attracted to men but that it was a sin to act on that attraction. And so I always said to myself, “I’m in the clear as long as I don’t do anything or tell anybody.”

Even since coming out, I am still more conservative than a lot of college students about sex and sex acts. I had a phase where I experimented, but I’d never say it was whorish or slutty. I had to think, it’s not legal for me to get married, so what is marriage for us? I decided it’s when two people are completely devoted to each other. It’s completely exclusive. I plan on not having serious sexual relations with someone until I get to that point. I think this cuts down on the drama and makes emotional detachment a lot easier, and I think it makes sex more special. My grandmother always raised me to be a Southern gentleman. She kept pennies in her purse and any time I said “yes, ma’am” or “no, ma’am” or held a door, she gave me a penny. I am a gentleman, and I think that intimidates some guys.

I came out by accident last year, during my first semester at Auburn. I was studying for a test with a friend and he was like, “I have a question and you just have to be honest. Are you gay?” I thought, I can lie like I’ve done a million times before or I can tell somebody and see how it feels. I said, “Yeah, I find other guys attractive.” And he’s like, “Oh, I was just wondering.” I was like, “That was it? No pitchforks or fire?

My first kiss with a boy — we’ll call him Boy X, since he wouldn’t want his name used. After I joined the Auburn Gay-Straight Alliance (AGSA), I thought this boy was cute so I asked if he’d want to hang out in my dorm sometime. We watched Milk. And I had some beer shoved in my closet. And Boy X is a big fan of beer. And we’re sort of chit-chatting back and forth. I’m asking what it’s like to be gay. I asked if he’d ever kissed anybody. And he said — actually, I forgot what his response was. I was too focused on saying, “Do you mind if I kiss you now?” And he said yes. And that was my first kiss with a boy.

My dates never last more than two weeks. I do want a relationship, but I have a full life on campus. I’m a zoology major. I came to Auburn because their zoology program is well regarded. I’ve known I wanted to work with reptiles since I was five. Both my parents are veterinarians, and my mom had a snake in college. His name was Alex and I’d see pictures and be mesmerized. When I was nine, my mom let me have a snake. I was like, “Having a snake would be the best thing.” The next year I bought one with my own money, and it just kind of snowballed. I’ve taken care of over 100 reptiles between then and now. Tiki is eight. He’s the only one I have here. He’s about to hibernate soon.

I’m also the political affairs director of AGSA. One of my projects this year is getting a local Episcopalian church more involved with the group, because a lot of people have been really stung by their church and given up on religion.

Now that I’m so involved with AGSA, I’m one of the few people who are the face of the gay community at Auburn. I’ve been thrown out of fraternity parties before. I carry a knife with me, because I’m such an open figure on campus.

Still, any university you go to is kind of a liberal pocket. We’re supported here. Anything outside of campus is different. On campus we only face opposition from highly religious groups and good ol’ Southern boys who are ingrained in what a man looks like and feel threatened by anything else. But when people walk by the AGSA booths and say “faggot” or something, we are just like, “Really? You mean, I’m gay?” We’re kind of smart-asses about it.