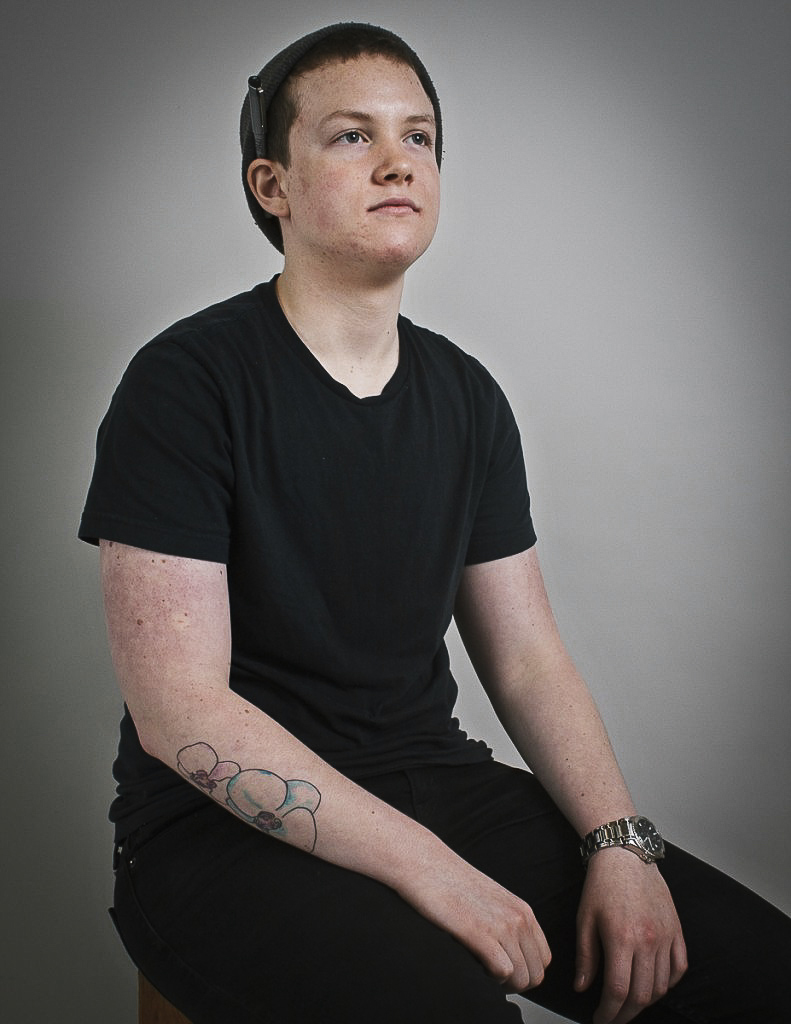 For a few weeks I wanted to go to the LGBT club at school. But I can’t. I can’t bring myself to do it. I don’t want to be out. I feel like if I come out, there will be stigma attached to me. Like, “Oh, there’s Chase, the guy who used to be a girl.” Since moving to the city, I’ve been 100-percent stealth. I live with a few kids from high school and another trans guy. They’re the only ones who know, other than my trans friends. I don’t mind people knowing. I just don’t advertise it.

Also, all sorts of things are changing down there. My clit has grown a lot. A lot lot. The sensitivity is a little much sometimes, but it’s cool. I wasn’t expecting this much growth. I think it’s a little abnormal. Everyone grows but I don’t think everyone grows two inches in four months.

The more it grows the better for bottom surgery. I’m planning on seeking lower surgery but not for another 10 years, because that shit’s expensive. But I want a penis.

I’m having top surgery in two months. My insurance covers 80 percent of it. I have really great insurance. I’m excited to not have to bind, and be able to wear tank tops and low-cut shirts. I don’t have to hide anymore.

Top surgery will make my life 1000 times better, but I’m not even that uncomfortable with my body. I’ve never had a confidence issue, which is kind of strange; I feel like most trans guys have a confidence issue. I bind for a reason, but I’m not uncomfortable. I’m just able to accept my body for what it is, and know I won’t have tits in two months.