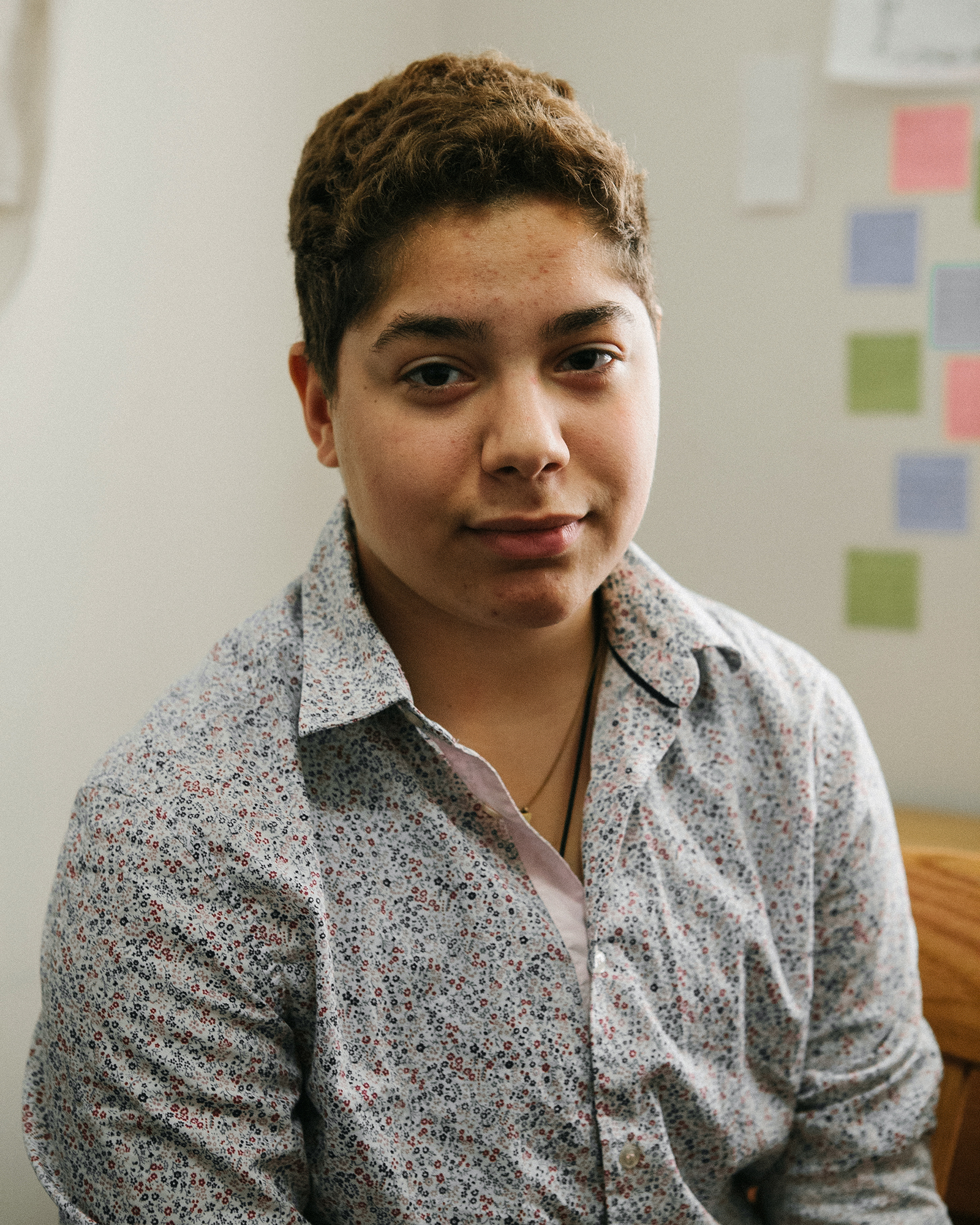 My friends here are super great and I love them a lot, but a lot of people here are very privileged and that’s a huge contrast to my friends at home. I feel like a lot of us in my group of friends at home have problems, and I think they’re problems that we share.

I was diagnosed with Bipolar II last summer, so that’s just been really tough: coming to terms with the diagnosis and also going on meds and handling all of that. There are people in our group who are depressed; people have anxiety disorders. Everybody has something that they’re dealing with, so being together we don’t have to think about it and we don’t have to think, Oh no, I might forget to not talk about this thing that I’m hiding. We all know it, so there’s nothing to be tense about.

I don’t think any of my friends at home are straight. A lot of them have different gender identities as well, and it’s just a very queer group of people, so coming out to them wasn’t a big deal.

On campus, I think a lot of people don’t necessarily understand what it means that I’m transgender, but I do think people are as accepting of it as they feel that they can be. For the most part everyone’s been really supportive, which is really amazing. I didn’t necessarily know that would happen.

I would rather be in a guy dorm, but I don’t think the school is allowed to put someone who is female-bodied in a male dorm. Living in a house full of girls — that’s their home and I don’t want them to feel like I’m alienating them., bBut I hope they’re okay with it.

It just sort of worries me that if I’m the one transgender person they know, they’ll associate everything I am with the whole transgender community. I’m a very feminine guy and I identify as bisexual, so I hope that people aren’t assuming that all trans guys are like that.

I think I’m more sexually attracted to guys than girls, but I’m also more emotionally attracted to girls than guys. Some days I just feel way gayer than other days, and some days I’m super straight. It’s weird. It feels like, right now, I might always wake up in the morning and just be like, “Oh man, guys are so hot,” and then wake up being like, “Girls are so hot,” and it’s totally possible that I might keep doing that for the rest of my life, and it’s totally possible that I won’t.

Ever since I came out, every person that I’ve dated I have met over the Internet. I get very stressed out about dating people in general, especially if they identify as either hetero- or homosexual. I feel like I’m at this weird in-between, so I feel like they won’t feel as strong about me as they would if I were physically male.

I dated this guy, Miles, who was trans. I knew that we both knew that about each other, so it was less stressful. And then I broke up with him, which was tough for both of us. It was pretty soon after I dated Laura, who I kinda fell in love with, and then she broke up with me, which sucked. So I thought, going into it, it would be nice to have him, but I also felt like I was using it to validate myself as a human being and, like, say I’m totally appealing to people. That wasn’t fair to him.

I’m realizing that I’m not mature enough to be in a relationship because I’m kind of a slut. Right now there’s a lot going on. I’m not even so sure about monogamy. Hormones — they’re there, they happen. I think I’m okay with expressing myself sexually as long as other people are okay with it.