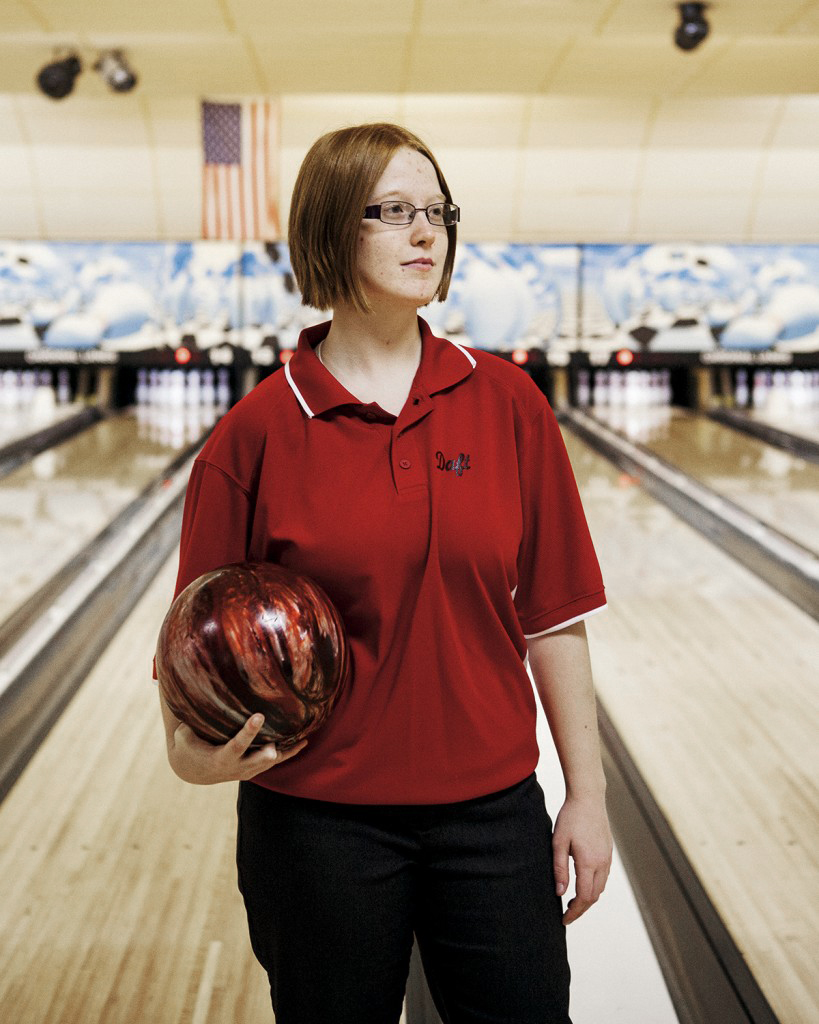 Unfortunately, due to the religious aspects, it was extremely hateful. I was raised Catholic and the school was Protestant Reform, and I faced a lot of heat for that alone. They said I was polytheistic or my beliefs were weird. There were also instances where we had sermons that were extremely anti-gay. I remember sinking down in my chair and being so ashamed, because that was when I was starting to come to accept myself as a lesbian.

The guidance counselor went to the school board, and they voted on if I could stay in the school. I don’t know what happened, but he just handed me a piece of paper that said the school had a zero tolerance policy on homosexuality. If you come out, you can tell the school district how you’re going to remain celibate and how you’re going to denounce the homosexual lifestyle and all of that. At this point I hadn’t even held hands with a girl; I was much too shy. So being expected to reject this part of me and not stand up for myself was extremely painful.

It was really hard to admit that I was kicked out of school, especially for something so trivial. I was a straight-A student, I played varsity on soccer and bowling. There were rumors about me drinking, doing drugs and being pregnant — which I thought was hilarious.

It wasn’t until I came to Newton that I started my coming-out process. There were these people who had been out for two years and talked about going to Pride and about their boyfriends and girlfriends. I was entirely new to the community, so I felt kind of out of place, but at the same time I felt safe to begin finding myself.

I became president of the school’s Gay-Straight Alliance my junior year, and it was one of the best times of my life. Just seeing the entire flip-flop of the group to get more involved and becoming so passionate about things was amazing. When we won the award for best high-school GSA in Iowa from the Iowa Pride Network, I was extremely proud.

I represented Iowa in a national gathering of GSAs. It was kind of the natural gas in me that lit the fire to start doing this kind of work. I’ve just been hungry for more ever since.

I am on the varsity bowling team here at Newton too, and I’m the school newspaper’s managing editor, but the GSA is still a really big part of my life here. It helped me meet so many people and really discover who I am and who I want to be. My parents actually tease by saying, “Why don’t you have friends outside of GSA?” And I’m like, “I start to, and then they join GSA!”

I had my first serious relationship at Newton as well. Things ended horribly with her, though, as she was not too happy with the fact that I wanted to wait for sex, and so she ended up cheating on me with my best friend. My girlfriend now, Samantha, is very supportive and never pressures me into anything. She’s an incredible woman and I hope she stays in my life for as long as possible.

For me, sex is a very spiritual thing, so being willing to share your body with someone is really serious but also very beautiful. I want to make sure it’s with someone who truly respects me and loves me, and vice versa. I’m not sure if I can say I would wait for marriage. In Iowa we have same-sex marriage, but there are a lot of places that don’t recognize it, so it’s kind of hard for me to say “I’d wait for marriage” when I don’t even have the right to get married everywhere in my home country. So I guess I’d have to say, “I’m waiting for the person I want to spend the rest of my life with and who will share their love with me and let me share mine with them for just as long.”