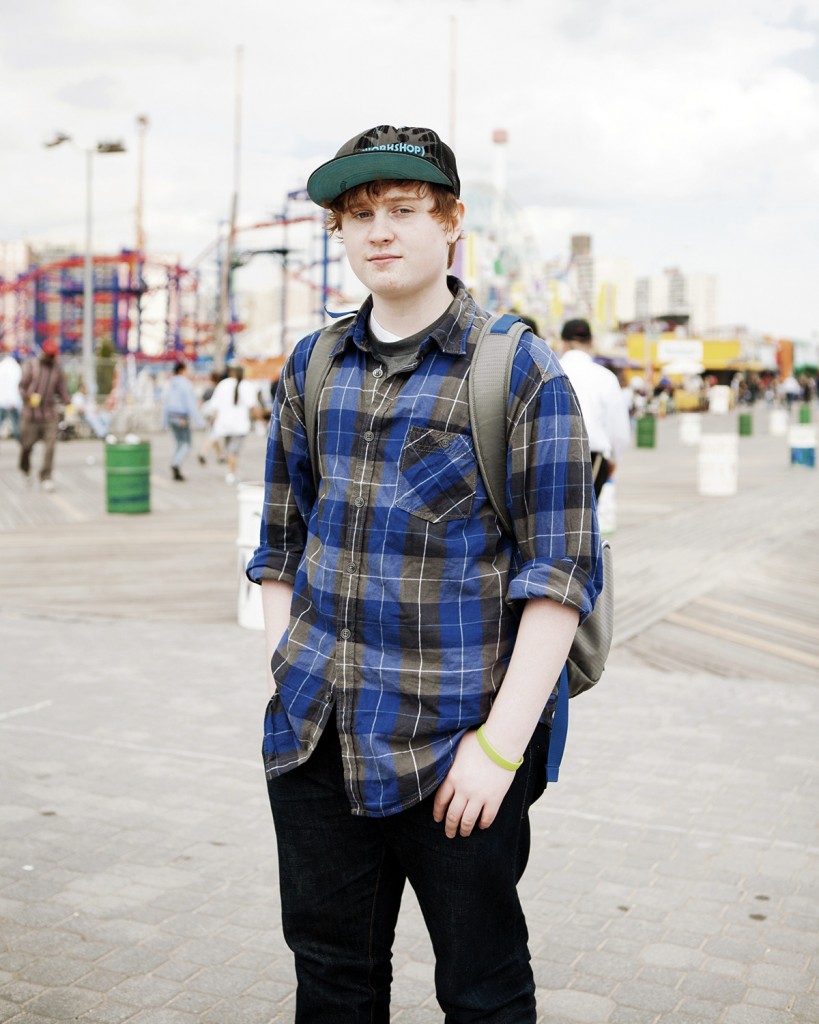 Coney Island is definitely my favorite place in New York City, if not the world. I live in TriBeCa, and in the summer I try to go once or twice a month to Coney Island. It’s such a great place to spend the day. You can go on the rides, go to the sideshow, get food, go on bumper cars, go to the arcade. I love the arcade. I don’t go alone. That would be a little awkward. I’d just be sadly eating my hot dog alone. I go with friends.

I like my friends in high school a lot. I hated my middle school. I didn’t really have many friends. It wasn’t my place to be. There were only 20 kids in my grade, but everyone was best friends and I was an outsider. I went to the school since I was two, and liked it a lot until I was 11. Then, in sixth grade, everyone started changing.

I definitely changed. That was the year I basically started to transition. In the end of sixth grade I watched Barbara Walters: My Secret Self. It was all about transgender kids. I tried to convince myself that wasn’t me. I didn’t want to go down that path because it seemed so difficult. But every day it was something I thought about more and more until there was no other option.

I told my parents about the Barbara Walters special, and about how I felt like those kids. I also talked to my therapist. We came to the conclusion I shouldn’t tell people I’m having these feelings, because it probably wasn’t true. Well, they came to that conclusion.

My parents were hesitant at first. They didn’t want me to tell anyone if it was just a phase. By seventh grade they were getting that it wasn’t a phase and would have a big role in the rest of my life.

I was just starting puberty during this time. After I was on hormone blockers, there was a pill I had to take daily, and I missed it one day. I got my period, and I’d never had it before. It was pretty traumatizing and lasted for a month. I wasn’t with my parents; I was with my grandparents in North Carolina. I was terrified.

I didn’t want to tell my grandparents because I thought it would be too awkward. I was only there for three days, and kind of stayed in bed the whole time, which I felt kind of bad about. It was the last time I spent a long period of time with my grandfather before he died. It was kind of depressing, that I didn’t get another chance.

I’m sure my grandparents would have been really supportive, but I didn’t feel comfortable telling them I got my period. It was one of those reality check things, where I was living as a guy and had never experienced these things before. Then this thing that defines women was happening to me. Not fun.

I was so young when I started transitioning that I didn’t really think about my sexuality. I had little crushes on girls and stuff. Now I’m attracted to girls, exclusively, but I haven’t dated anyone. I feel like a girlfriend’s not going to happen until college.

I think people in high school are less open to having a transgender significant other. It really reduces your options. It would be one thing if I was significantly attractive. I think it’s less because I’m trans and more because I’m short and ginger and nerdy. I think I try to use the trans thing as an excuse for not having a girlfriend. College will definitely be a blossoming period.