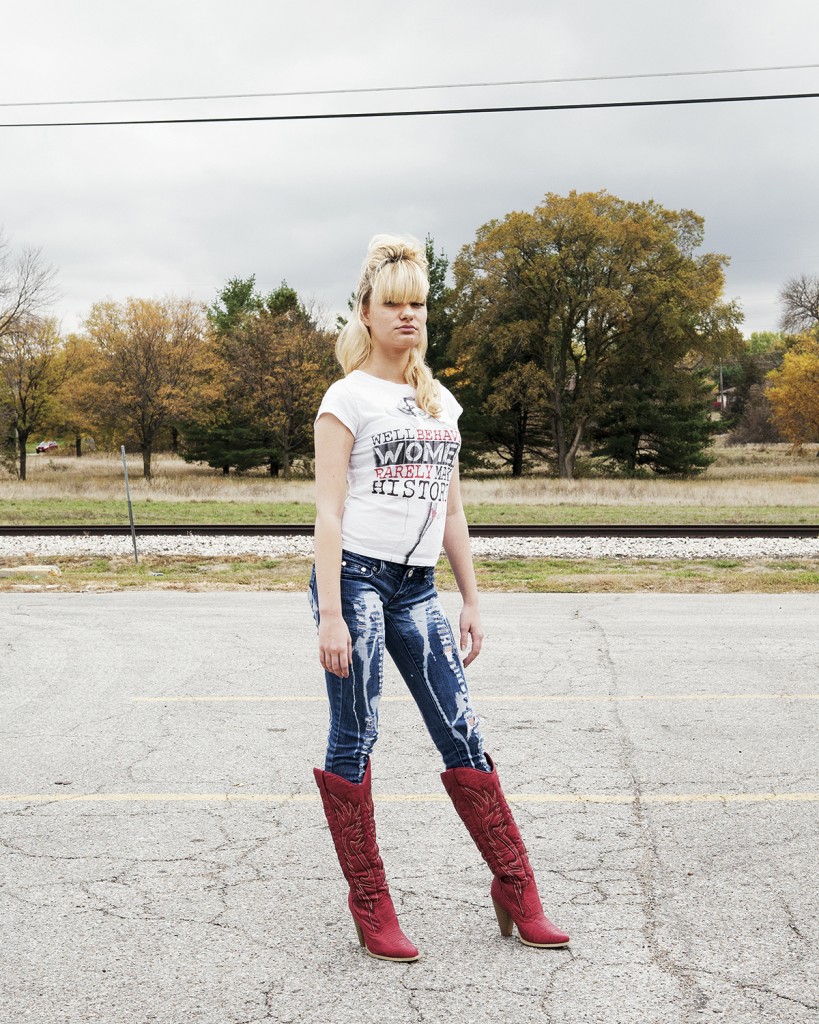 I’m very into Marilyn Monroe. Yes, she was successful, but she had a lot of brokenness to her. I feel like I just put on a good face but I’m not okay sometimes, so I kind of click with her in that way. Before I went to Boys Town, I’d take pills all the time. I could stop whenever I wanted, but I didn’t want to stop. She had that problem too.

I went to Boys Town because I was going through a lot of stuff. I wasn’t going to school, so that got me a truancy case, and then I got in a fight, so I got a couple of assault tickets. The fight was mostly my fault. I got my anger out, but she ended up winning because I got put on probation.

Boys Town is its own town, really. It has its own school and its own firefighters, and you live with a family and seven other girls. It was a hard change, but I enjoyed it. I was going to church every week, making the honor roll, and it felt like I was in a safe place.

And I did know girls from before I went there, so that made it a lot easier. I don’t hang out with your everyday white girls who go to pep rallies and go to church. Most of my friends smoke. I do have white friends, but we listen to rap.

My girlfriend went to Boys Town too. She’s the girl who I originally found out, “Okay, I’m bi.” We were both kind of like, “I’m attracted to you; you’re attracted to me.” Most of our friends know we’re together. Now she lives in Omaha, and I went around there a lot this summer. I see her when I can.

It’s more like a friendship with benefits than a relationship where we’re committed to each other. I’d care if she talked to other girls, but I don’t really care if she talks to other guys. She feels like that about me too. I was in a relationship with a guy for three years when I was with her. My ex-boyfriend didn’t believe I was with her. He thought we were trying to get attention.

I guess we don’t see ourselves as settling down and marrying women. I don’t know why. I’m not ruling it out at all, but I see myself more in a committed relationship with a guy because my grandma — she’s the one I lived with when I was little — is very like, “You’re going to marry a man, and he’ll take care of you, and you’re gonna cook and clean and take care of the kids.” It’s how I was raised. I’d never not go to school and not do stuff for myself because I rely on a man, but if I do get married and my husband’s like, “I really want you to quit your job,” I would probably see myself doing that.

I want to be married in the next five years. I’m very housewifey. I cook and clean and I take care of kids. I take care of my brother all the time. And now that I’m older it’s like I take care of my dad. We have a relationship now but he can’t be a parent, so I was kind of neutral when my parents got divorced my freshman year. I was more sad for my brother, because he has a really good relationship with my dad. I’m happy for my brother to have that, but I didn’t have that. My older sisters have a different relationship with my dad. They have a different mother, and their stepfather was really their dad. My dad was with us; he wasn’t with them.

My sister, who’s my age, and I want to move to Chicago after I graduate high school this year. I’m really excited. In Lincoln, I’m not meeting people I want to meet. In Chicago, I probably won’t go to college right away. We want to get jobs and make money, and then I want to go to school. I’m excited to be somewhere you have a chance to do something.

As told to Diana Scholl.
Photo by Laurel Golio, taken in Lincoln, NE, 2012
To share your story, email hello@wearetheyouth.org