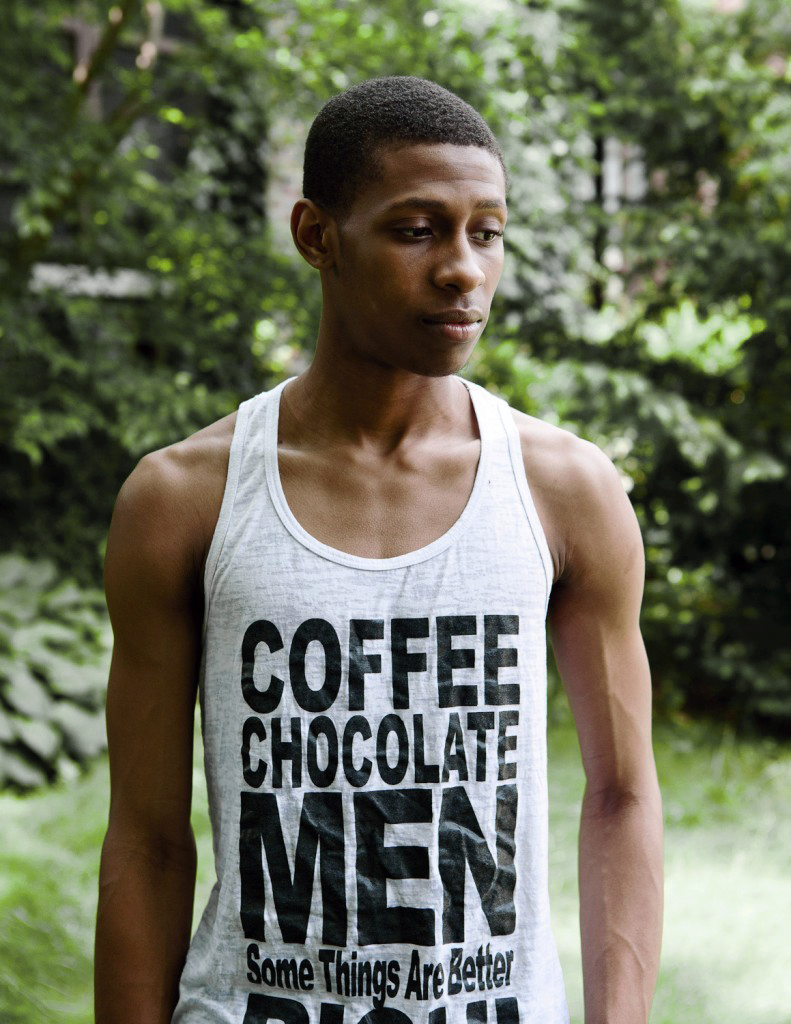 I moved out of my family house my junior year of high school. I was doing a lot of outside things my family didn’t agree with, and they gave me the ultimatum. At that point I could support myself through ballet and modeling for the adult entertainment industry. Ironically, the modeling was also the thing they didn’t agree with.

I started modeling when a promoter saw me at a club in Cincinnati, where I grew up. At first I did a lot of underwear modeling, and after I turned 18 I started doing nude photography.

I was very hesitant at first. At that point I had started developing myself professionally as a dancer, and nude photography can tear someone’s career apart. I don’t do it anymore because I’m even further in my career as a dancer. People started to notice me from some of the modeling work I was doing. Even recently, a well-known dancer came across something, and it made me scared a little bit that she saw something I did years ago.

But it was great money, free traveling and a lot of extra perks I was liking. Living with my family, I was so closed off to a lot of things. I started going out and meeting different people from different cultures. I was attracted to the fast, fun lifestyle that came with modeling. I was young. It made it even better, all the attention that it brought from males.

As I started to get more work, I just decided to tell everyone at my high school I was gay. Once I did come out, a lot of people came out themselves. I was very popular at the high school with people thinking I was straight, and after I came out other people did too. They knew they could come to me if they had questions.

During this time, I was also on an MTV reality show. It was kind of like Fame and it was produced by Nick Lachey. I was just a background dancer, but people would notice me. I hosted a party for Cincinnati Gay Pride. I chose to wear these very bright orange stilettos and booty shorts. I was walking in the Pride parade, and I wasn’t aware a news camera was filming me. My father was watching the news and saw me walking in my orange stilettos. He had no knowledge prior to that of me being gay. He, of course, didn’t want to have anything to do with me afterwards. For a year we didn’t talk. But he saw I was standing my ground and didn’t need his approval. Our relationship got a lot better. I don’t think he wanted to lose his son because of my sexual preference. Now my family comes to New York to see my shows. They’re pretty supportive now.

I started dancing my sophomore year of high school. I was at a performing arts high school, and one of my best friends invited me to the dance show. The teachers saw I was naturally flexible and quick to pick up choreography. In the dance world in general, since there are not as many guys, it’s easier for guys to get into things. I just worked hard, and kind of followed everyone and tried to pick up as much as I could. I started dancing with Cincinnati Ballet. I was then accepted to be a dancer for Alvin Ailey. I had no family in New York to stay with and didn’t really have money to survive. The artistic director of my school and I called Nick Lachey, who personally sent me a check to sponsor my first year in New York. Now I’m a dancer with the Dance Theatre of Harlem (PTP Ensemble).

Most people perceive ballet as a more gay thing. But as a male, and an African-American male especially, whatever your sexual preference is, or your lifestyle is, you’re representing more than yourself. Being an African-American male dancer, you have to be a strong male character onstage. For a long time, a lot of people didn’t think African Americans would do ballet. The bar is 20 times higher for African Americans, but we are able to move just as hard as the Caucasian dancers.

I do know I cannot dance forever, but I intend to keep dancing as long as my body allows. I’d like to go out and mentor youth, and stay connected to the dance world as well. I work with Youth Pride Services and I want to use everything I’ve been through to help young, black, gay youth worldwide.