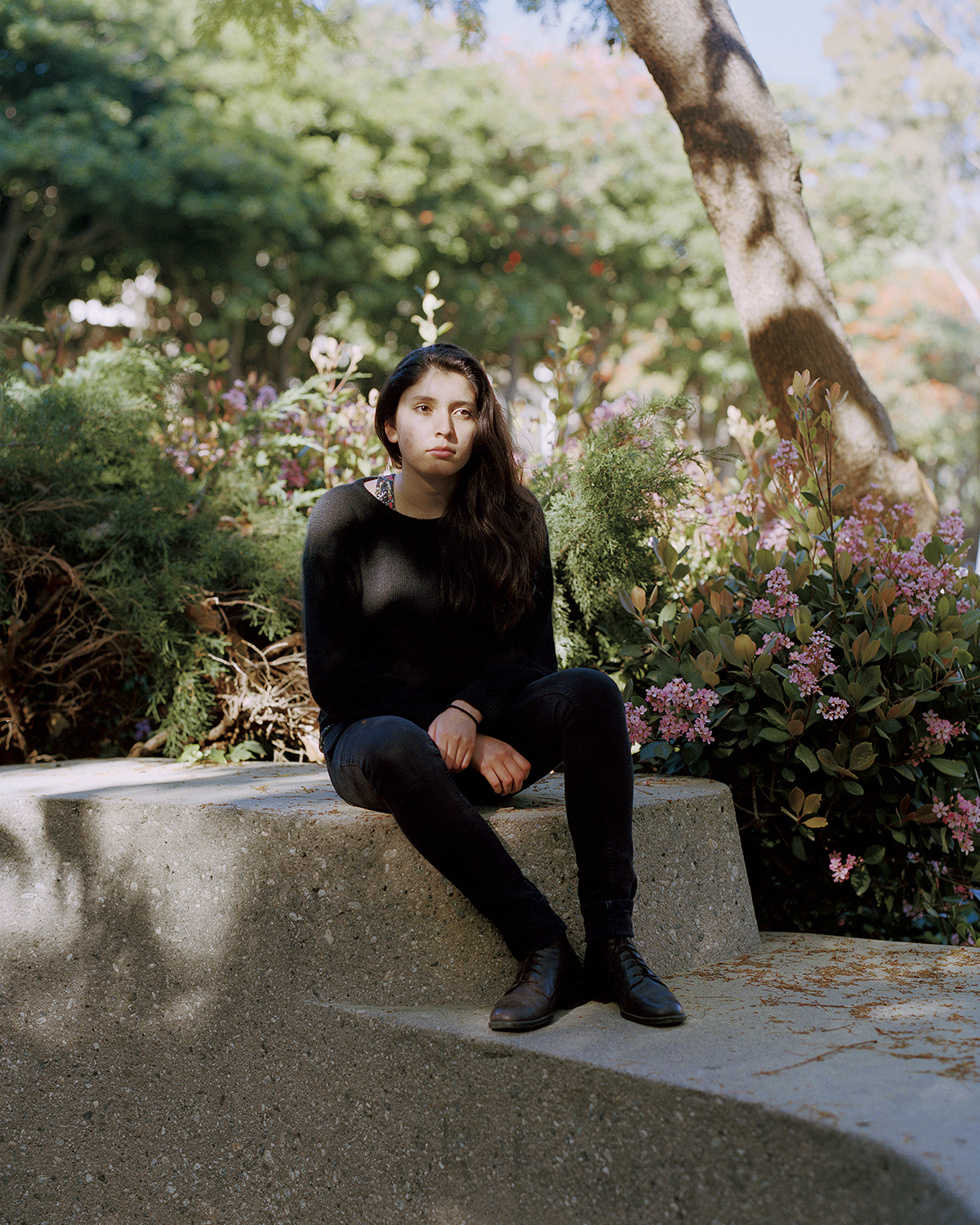 I don’t think my parents know how much it meant for me to get into UCLA. They only went up to primary school. They expected me to go to community college. To them it’s the same thing, except you’re going to be farther away and have to pay more. I’m like, “Yeah, but it’s a really, really good school.” They saw how big it was and how other people’s parents were really, really excited.

When I first started college I was like, “Oh my God, I’m going to fail everything.” My writing was really bad. But it’s not that hard. I’m getting As and Bs. Next year I’m going to try to do more things with the art history association. I was in the arts club at school. I’d love to talk about ideology and what the art meant. There weren’t a lot of people you could talk to about art in my high school in a really critical way.

I really want to have a gallery. Not a museum; I don’t think museums really become involved in art until it becomes mainstream or awesome. I’d like to put on a gallery of artists who are working at that time, whose art is going to end up in museums.

I’ve learned a lot, being away at school. Like, I’ve always had feminist ideals but I didn’t want to be seen as super crazy or aggressive. I never thought I could identify as a feminist, but in my sorority they had a workshop about feminism which I really liked. Once I learned I didn’t have to follow everything, I became a feminist.

My sorority is an LGBT sorority. I went to their info session and I really liked what they stand for. I liked how small it is. I’m not really good with big groups of people.

I identify as bisexual. When I was younger I didn’t really understand sexuality. I would just identify as straight because there were no females I strongly wanted to have a relationship with. So I would tell myself to stop thinking things. I would have the same emotions if I saw a really cute boy or cute girl. For females I’d think, “It’s probably just because I want to look like her.” In my senior year of high school, I realized I didn’t want to be them; I just really felt attracted to them.

My family and friends are really accepting people. But my family reacted really well, I think, because I wasn’t telling them I was going to be in a relationship. My father doesn’t want me to tell people. He thinks I’ll regret it, or someone’s going to end up hurting me.

As told to Diana Scholl
Photo by Laurel Golio, taken in Los Angeles, CA, 2013
To share your story, email hello@wearetheyouth.org