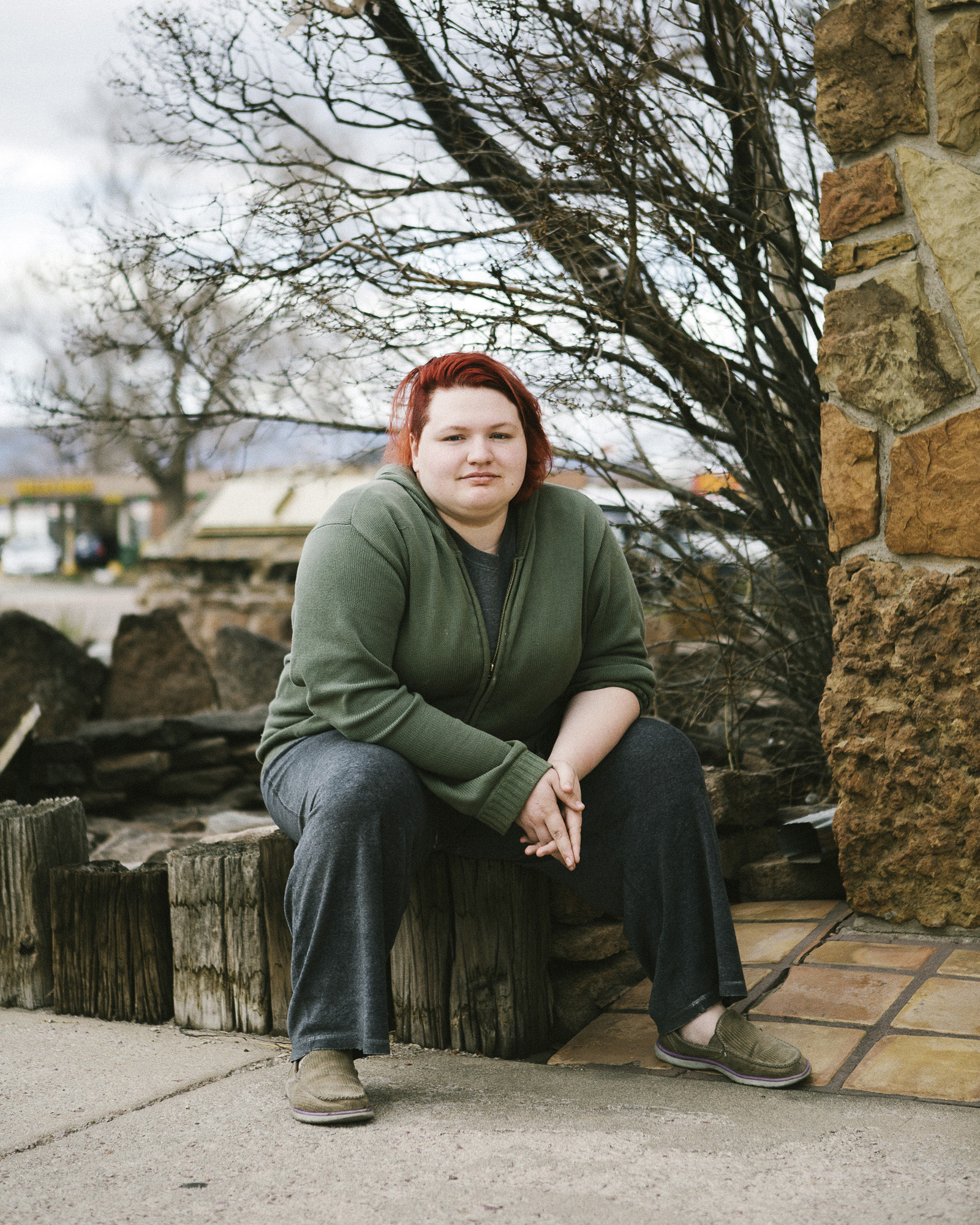 It seemed like my mom was always running from something. My mom had been an accessory to robbery – which was my father’s crime – and he took her sentence because she needed to take care of me and my brother. At the age of 13 my mom left and we were sent to my paternal aunt and uncle. I haven’t talked to my mom in seven years.

I was never explained the situation, but by the time I was 14 my aunt and uncle said they were getting legal guardianship of me. And it started off in Oklahoma, but my uncle was military and we traveled around quite a bit before we landed here. And he retired and got a new job. And that’s how I ended up here in the Springs.

In October my aunt and uncle found out that I had a transgender boyfriend who they called my girlfriend, and that I’d been binding my chest and what not, and they kicked me out. I have severe anxiety and depression, and it got so bad where I started hiding in my closet with a blanket and my body pillow because I love my body pillow. And every time they would fall asleep I would go down, grab food, and stay up all night and sleep all day to kinda pass the time. And it was that four month span that I mainly spent in that closet which is kinda funny cause at that point I came out of the closet to them but I was back in the closet because of my anxiety.

But after a while, I was just like I can’t do this. I really cannot be here for much longer. Because I even – cause the walls were really thin – my aunt and my uncle were sitting there saying, “We might as well bag up all of her stuff and put it in the garage and what not.” And I was like if they touch anything, I am ready to throw my shoes at them. At that point, I was just like I gotta leave.

I stayed in one of the youth shelters down here. It’s LGBT friendly and what not. Recently I got kicked out of there because I’ve overdone my stay because they have a limit. But I’m moving in with one of my friends here. And he’s helping me.

I always knew that I didn’t really fit in as my birth gender. I didn’t identify as female. I would try to act like a boy and run around with my shirt off. I would still do girlish things like wear heels without my shirt and run around the house like that. And when I was eight my mom told me to stop because I had to fit in a certain role. But in middle school I asked my aunt and uncle to cut my hair really short and they were kind of skeptical about it but they let me.

I got called “he” a few times and I’m just like “not quite.” But I always knew that I wasn’t female. And then you know, I kind of just sat into, you know, I’ll just accept whatever in high school and then at the age of fourteen/fifteen I met someone named Riley and Riley was just like “well I identify as nonbinary. I go by they/them pronouns cause I’m neither male or female.” And I’m just like “That’s it. That’s what I’ve been feeling.” It was kind of that eureka! sort of thing.

Even though I had a big family they’re all pretty conservative about that kind of thing. The only one that is not is probably my great-grandmom. I told her straight up when I was fourteen that I didn’t like, you know, men. And she’s ninety-six years old and she’s just like “You know, you are what you are. She’s supported me because she’s outlived everybody else.

As told to Diana Scholl
Photo by Laurel Golio, taken in Colorado Springs, CO, 2017.To share your story, email hello@wearetheyouth.org