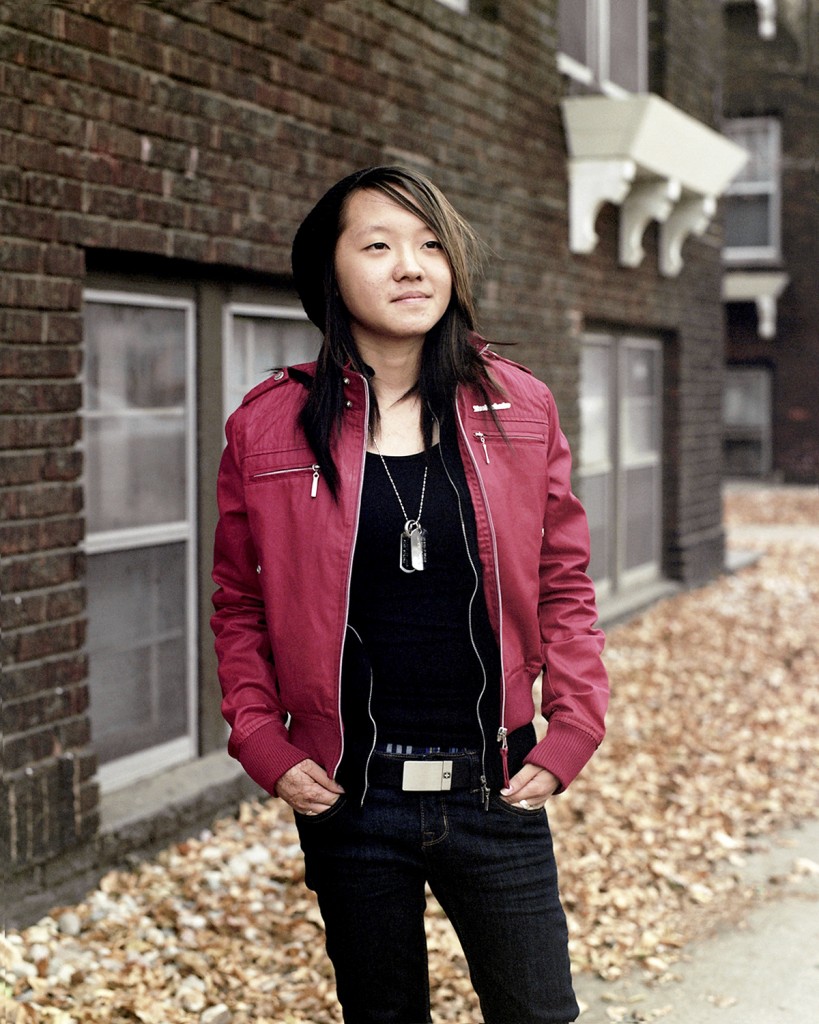 I am dating a girl from North Carolina I met online. She came and visited me on July 4th. It was fun. She introduced me to her family, who live here, actually. This surprised me that she introduced me to them, because we are both Hmong.

This is my second time dating a Hmong girl. I mean, the first time I dated a Hmong, I didn’t think it was right because I felt like Hmong people are all related, so I thought it felt weird at first. But love is love.

I came out to my friends as a lesbian between my seventh and eighth grade years. Now my brothers and sisters know, but my parents do not know. My dad doesn’t accept it because the Hmong culture doesn’t really accept the fact that two women or two men would get married and not have kids from their own blood. That’s the traditional way.

I have nine brothers and three sisters. I’m the youngest. My oldest sister is 41. It was really nice growing up with such a big family. We used to live in Forest Lake and we were really well known because we were one of the biggest Asian families who lived there. I didn’t like when people called us gooks and chinks. It was really hard on our family. But we just stayed strong as a family to get through it.

My grandma was like a mom to us and she took care of us all the time. My grandma always wanted us to be educated. I want to make my grandma happy and succeed, and graduate from college with a major that can get me a good job. I want to major in architecture.

When my grandma passed away, it was a big tragedy for us to actually accept that she was gone. Then my siblings moved because they had their own lives and families to take care of, and we kind of parted because of our parents’ divorce when I was in sixth grade.

At that age I didn’t have a house key and when I would come back from school I’d be locked out of my house, even in the winter. Since my parents’ split, it was hard to manage house bills. We were living in a house without heat or water at times. Eventually someone close to us notified the authorities of this living situation.

It was difficult to live with them. Now I am living with my other brother, sister and cousin.

In the end, I took these experiences and made myself stronger. Through spoken word and rap and performing for others, I’ve found a way to deal with these things and get them out of my system. A lot of younger kids think that not that many kids have divorced parents or have gone through that experience of not having parents around. I want them to know they’re not the only ones out there.

As told to Diana Scholl.
Photo by Laurel Golio, taken in St. Paul, MN, 2012
To tell your story, email hello@wearetheyouth.org