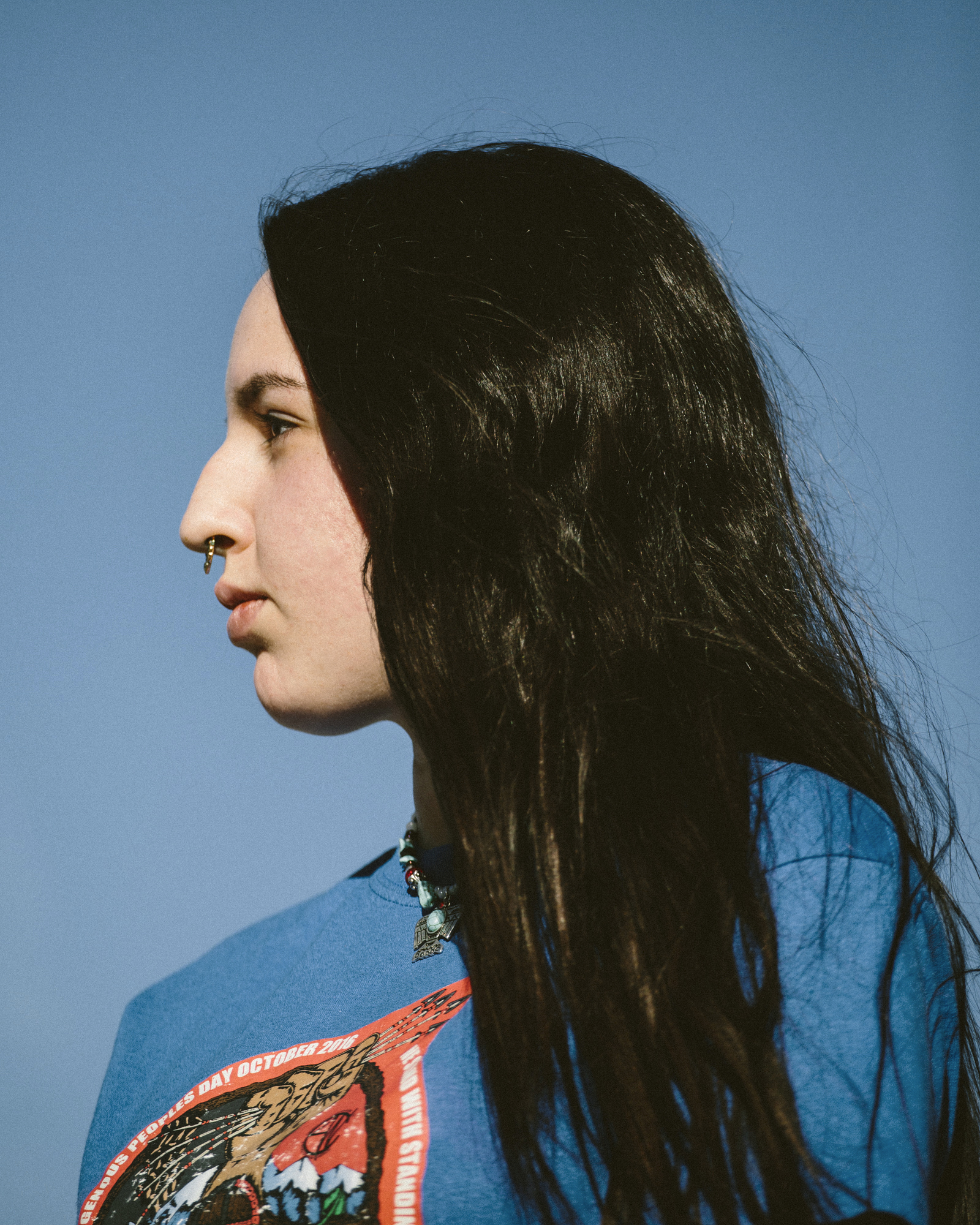 I’m studying theoretical physics. It’s a difficult conversation, saying that, especially when it comes to my indigenous roots because there’s a lack of an indigenous point of view and logic in a lot Western science. I’m Chicana and indigenous and sometimes because I’ll see quote unquote “new advancements” in our field that has been like a really old way of thinking in my traditions. And it’s not validated until there’s Western experience happening and things like that. But I love the science and the logic and analytics of it.

My parents were teen parents so there’s an assumption that teen parents don’t put a lot of emphasis on education on their kids. But my mom always told me that it wasn’t a choice whether or not I was going to college – I was going to college. And any time I was feeling frustrated I put a lot of my energy into my academics. Like, during the events at Standing Rock, if I was feeling too overwhelmed watching like those horrific videos, then I would channel that energy into something positive like my academics.

I was at Standing Rock and I’ve organized protests on campus. For indigenous people, for a while we kind of lost traction. There’s over 556 Nations so we each have our own identifiable problems. We’ve been disenfranchised for a long time. So it was something where we were all invited to one rez to fight for one cause that our ancestors specifically died for. So to be able to share our traditions and be welcomed was like super empowering and it felt like we all have individual problems but we can attack them together.

I don’t want to speak for all Natives obviously but there is sort of a colonized way of thinking about queer identity. So I didn’t hear “two-spirit” until I was probably at the end of my high school career. And it wasn’t really defined. But then younger indigenous people will say two-spirit as the Native version of LGBTQ. If I’m around my fellow organizers I will define myself as two-spirit. But around elders if that’s brought up then I’ll just use gay.

I came out to my dad in a formal way that you see on movies and stuff. And it felt so weird, not like me. After that I just didn’t really care to come out. I don’t really think I would ever formally come out to my mom. I think if I told her I had a girlfriend that wanted to meet her, she would be cool with it and it wouldn’t be a big thing.

I know for people who have multiple identities it feels like they have to pick or like they have to give up one for another but taking like, small elements from each identity really makes up who you are. And I can wear a Native pride shirt but still talking about Chicano movement issues. Or I can identify myself like, as, like a queer person but also talk about misogyny and things like that. I embrace the fact that it is really awesome to have so many different ways to connect with people.

As told to Diana SchollPhoto by Laurel Golio, taken in Denver, CO, 2017.To share your story, email hello@wearetheyouth.org