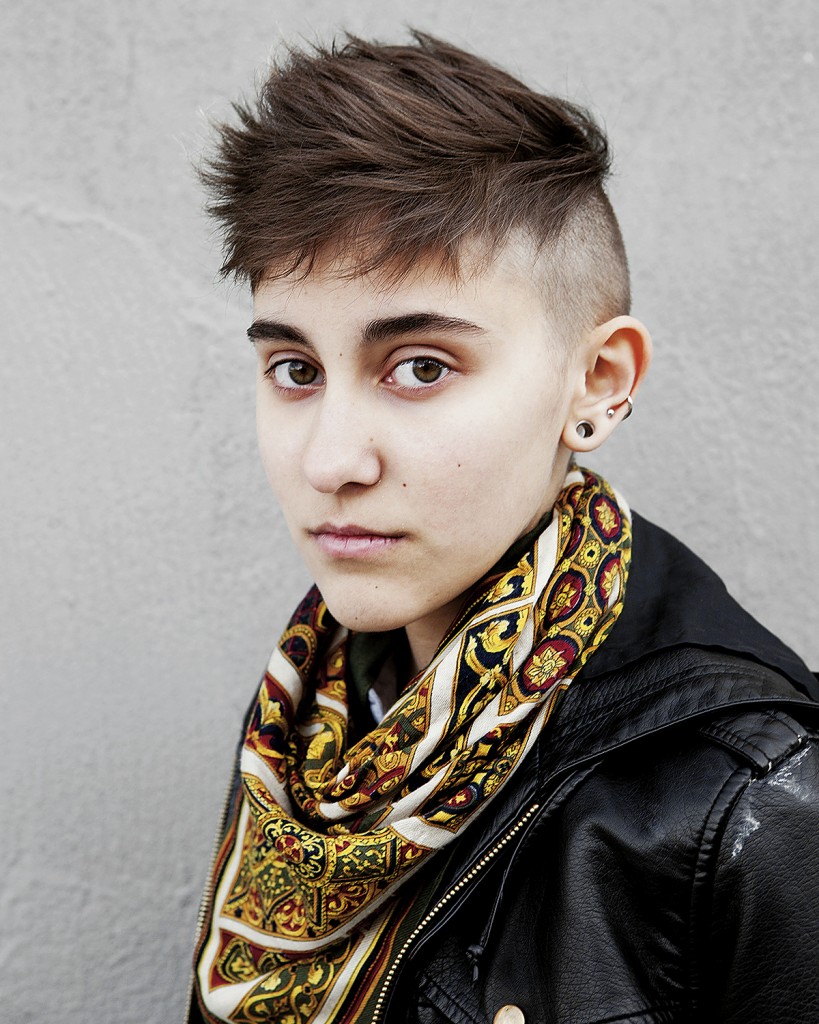 I decided I wanted to go to the School of Visual Arts in sixth grade. I thought I wanted to do interior design. My mom had a lot of HGTV going on around the house. Then I realized design required a lot of architecture, and I was awful with math and didn’t really like choosing throw pillows. So I changed my mind. But then I realized SVA’s photography program was a lot better than their interior design program.

Seeing Catherine Opie’s “Being and Having” series made me want to be a photographer. I’m going to try to do photography as long as I can. Going to school for photography, nothing’s more apparent than how competitive it is. But I’ve never really considered anything else. I’m just going to hope it works out.

My work was featured on Autostraddle in their Artist Attack Spotlight. The funniest was this website, Queerie Bradshaw, which made a list of seven semi-celebrities they wanted to sleep with while they were single and put me as number six.

My very first photo series I did featured photos of the same people both as extremely female and extremely male. At the time I couldn’t really get past the idea of the two being very separate, though I was trying to talk to everyone else about gender being fluid. As fun as fake mustaches are, they’re nowhere near the work I’d be putting out if I was trying to show the same sort of thing now. But I’m still interested in portraiture and documenting the queer and gender-variant community.

When I told my friend I wasn’t comfortable with my birth name, my friend was like, “If you’re going to change it, you have to make it something cool like Mars.” And I usually use gender-neutral pronouns, which is terribly awkward. I generally say I can be called anything that’s not female. If someone I haven’t met before uses female pronouns, I don’t get that upset. It’s only people I’ve told several times — that’s when it bothers me. My friends seem to feel bad when I correct them, but they don’t put any effort into changing it.

When I was younger, I first identified as gay. But I’d been feeling a little bit off in my gender identity. I went to a Catholic girls’ school in Halifax. I wore knee socks, kilt, the whole works. When they added a separate boys’ school, a few girls asked if they could wear the boys’ uniform and the administration said no. So I wasn’t exposed to different gender expressions in high school, apart from my own research. I was reading some things online like GenderFork and Original Plumbing. It’s strange being in New York now and everyone is suddenly genderqueer.