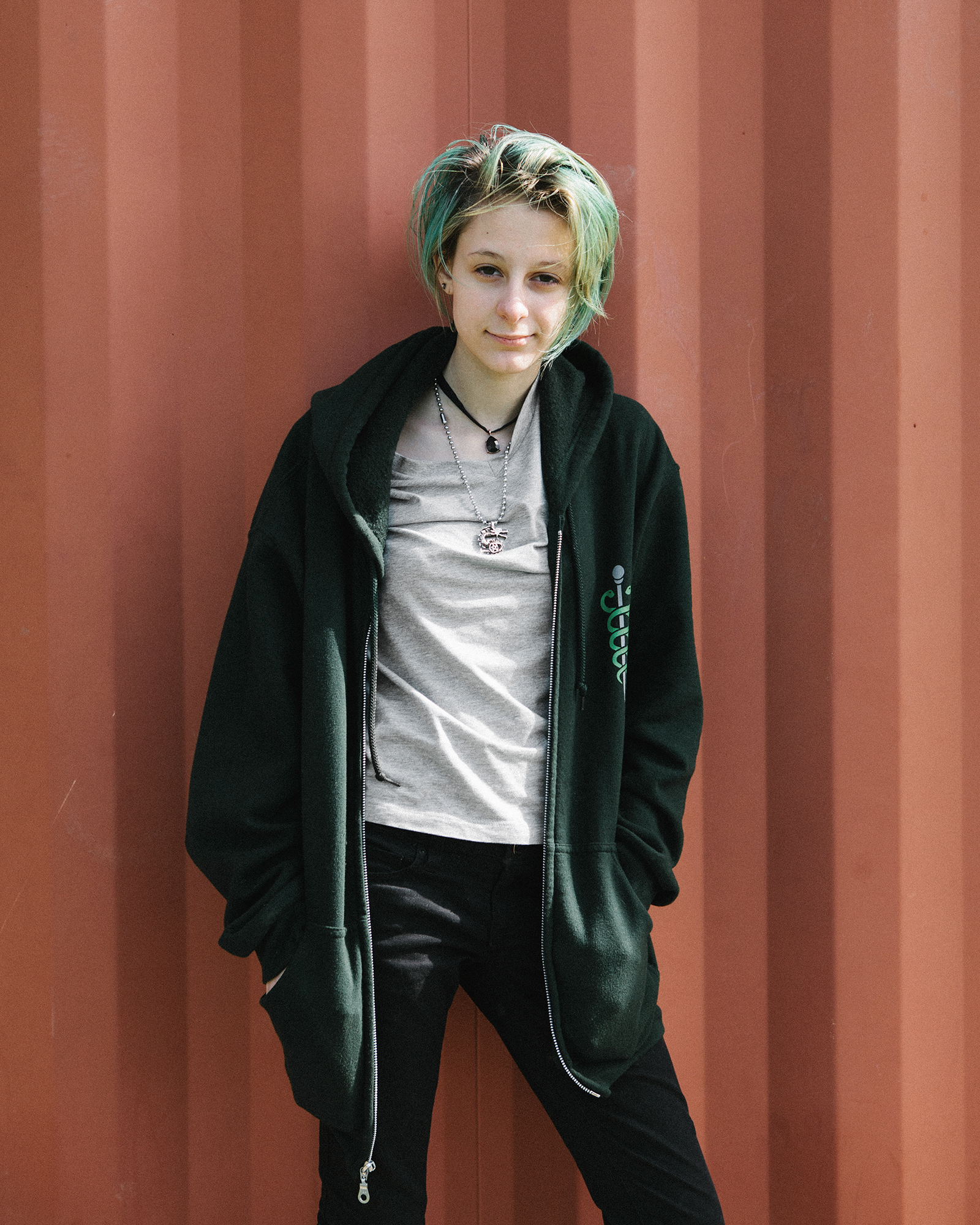 There’s a real healthy balance going on. I see my boyfriend nearly every day. I see my agender partner and girlfriend most weekends. Even if there are days I can’t see one of them, we’re all paying equal attention to each other.

I started dating my agender partner in March of this year, and at the same party we saw my girlfriend and were both blown away that she was so pretty. She was like, “You’re both really cool.” It’s a very open relationship. Like, “Oh, you’re going away on holiday, you can go do whatever.” The guy I go to school with and I’ve known for years. We just celebrated our three month anniversaries. He’s all about anniversaries. I’m not much of an anniversary person. I don’t have enough money to do all these anniversaries.

I haven’t told my parents I’m in a polyamorous relationship. I wouldn’t mind telling them, because it would explain why I’m going to Kingston every week. They might have the narrow-minded worries that everyone does. My parents are pretty open. I just don’t think they expected these things to be happening all at once. I am not sure how to say “I need $20,000 for hormone therapy and I’m dating about a million people.”

I’ve been talking to my therapist about hormones, but my family doesn’t really have the money for it, so it’s mainly a personal struggle to know that if I want to do it I’ll have to be independent about it.

I feel like the sooner I can go on hormones, the better. I’ve been known at Matt since 8th grade, and have been using masculine pronouns since the beginning of 9th grade. But there are certain people who might not fully accept me until I am transitioning.

Pretty much what they are saying is you’re a girl until you’re not a girl. Someone in one of my classes said, “How can you be a boy when you’re not a boy?” It wasn’t rude, they were just asking a question. Someone else in class said “No, you’re not a guy” in a rude way, and that made me upset and we got in a fight.

Teachers try to stay out of it. Certain people have certain opinions whether they are good or bad opinions. An adult shouldn’t be telling kids how to live their lives.

As told to Diana SchollPhoto by Laurel Golio, taken in Ossining, NY, 2015.To share your story, email hello@wearetheyouth.org