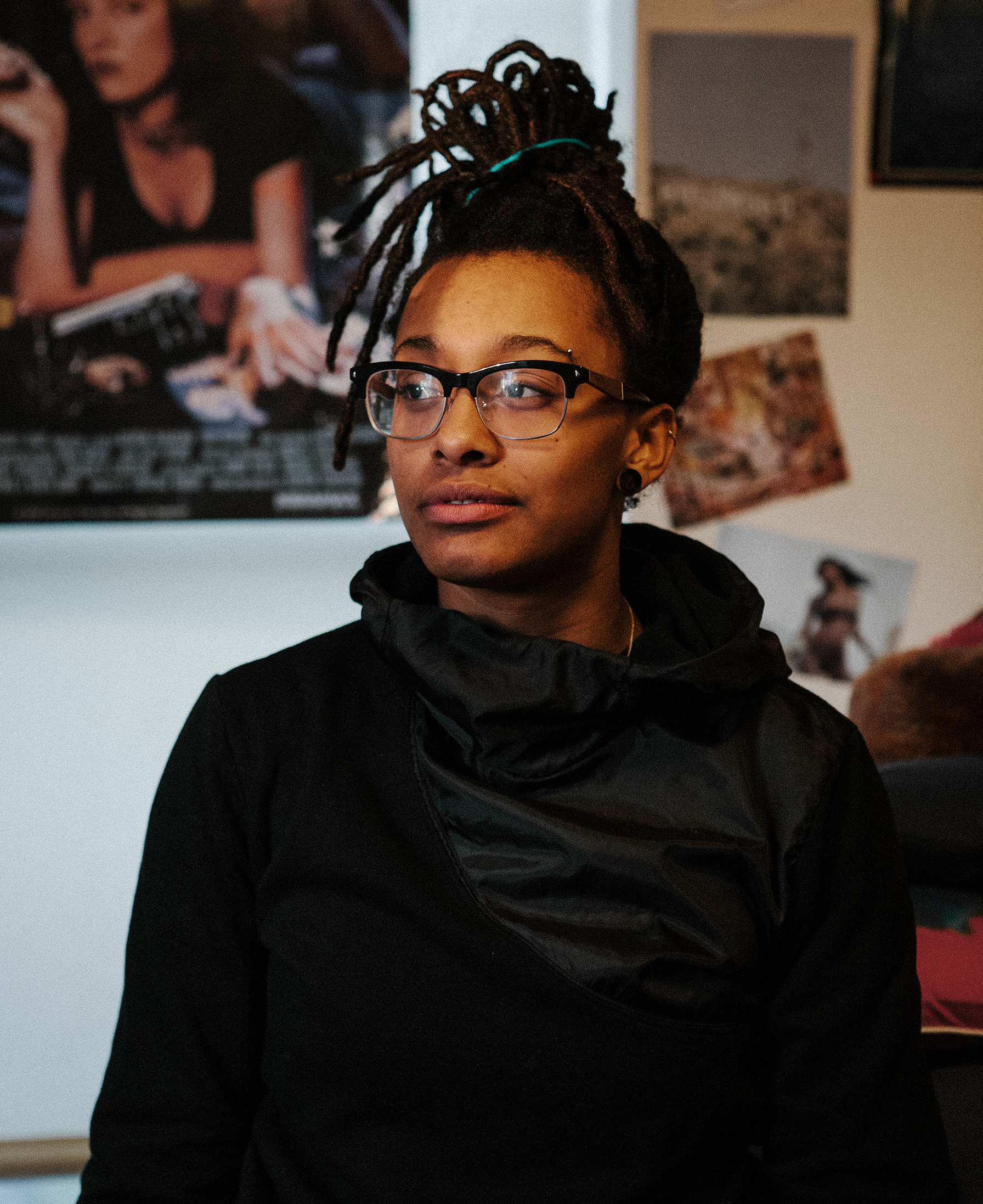 I was just elected student council president. My platform is that the school is not as perfect as we think. Some people are racist. Some people are like, “She’s black and a lesbian and she’s our president.” Some people are really up in arms. There are a lot of people who have been against it. The kids who don’t really like me wrote “secession” on their Facebook status. If prep schools are like the houses in Harry Potter, I’m friends with Gryffindor and those kids are Slytherin.

When I first got to Lawrenceville I was a lot different. I wasn’t out or anything. I was super femme. I was kind of a mess. I hooked up with a lot of guys. I got in a lot of trouble and had a bad reputation.

I was never by any means homophobic, but I never really thought of being gay as an option. There would always be these really, really pretty girls in the grade, and I wanted to be their friend. Now I’m like, “Oh, that girl was really hot.” Then there was a girl freshman year and we clicked and became really good friends. One day we just kind of hooked up. It was one of those things where I thought I must not have found the right guy. Then I hooked up with a girl and was like, “Oh, that’s why.”

She was probably the best and worst thing that happened to me. She helped me realize I was gay, but she was also really detrimental to me. I hated her and loved her at the same time. We were never really together. It was a three-month process of ending it. She is butch, and over the summer I had this transformation where one day I put on a pair of long shorts and got ready really quickly, and started changing the way I dressed, and it was a newfound confidence.

At the the end of the summer, when I started changing my dress — it was a swarm of people. But when girls like me I don’t really like them. I only like them when there’s a chase. I had a roommate who had come out as gay as well. She wrote me this letter confessing her love to me — it was like, Yikes.

My parents were suspicious with this whole thing. My mom’s really awkward and she would ask me if I was gay and I was like, “I’m not, I’m not.” Then I got a bad grade or something, and I had a history of self-harm. We were sitting in a basketball game at my school. She yelled, “Are you cutting yourself?” in this room full of people. Then she asked, “Are you gay?” I said yes. Then she started crying. This was the end of summer before sophomore year. At school I was under the influence of a few things, and I sent my dad a whole long text saying I was gay. He wrote back, “You’re a coward. You’re too young to make these decisions.” My dad’s a jerk and he’s verbally abusive. He has a lot of anger issues.

This year I got caught in a little bit of the drug problems at this school. Someone dropped off pictures anonymously at the Dean of Students office. A bunch of them of me weren’t even from recent times. They saw my Tumblr and said they were worried about me. We were about to go on Thanksgiving break. They told me to sober up. They weren’t expecting me to be clean when I got back. They tested me three times. They talked about how I’m abusing drugs for the wrong reasons.