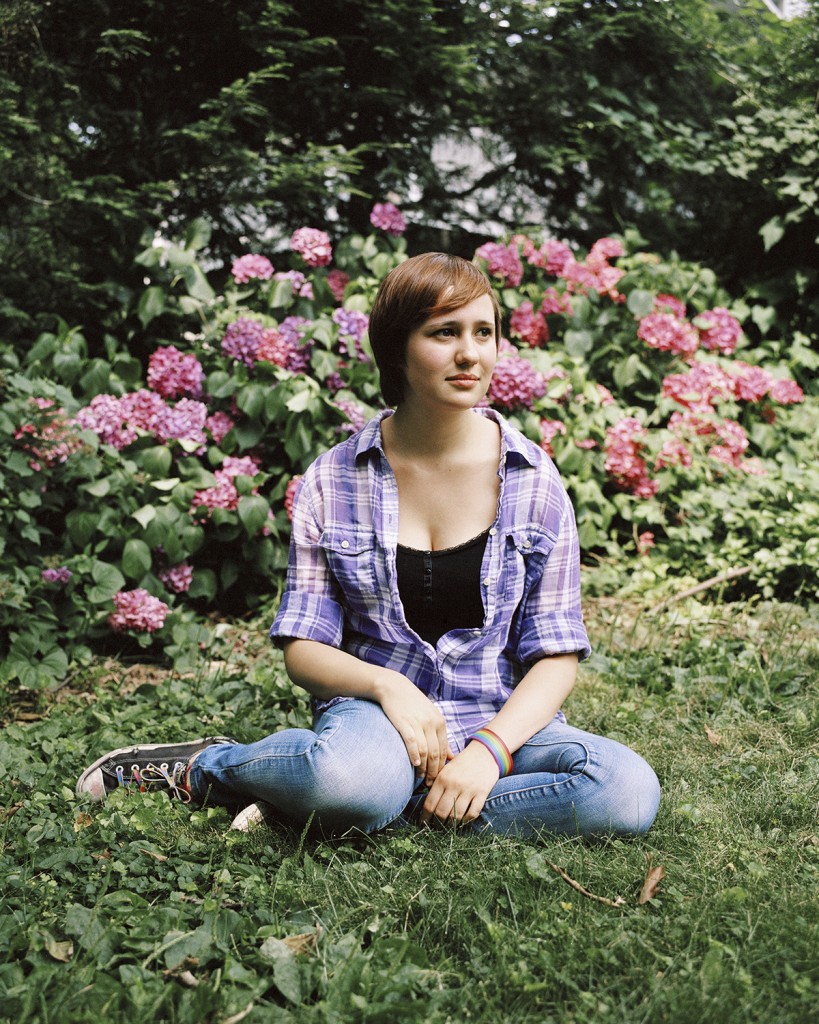 When I started college last year, I only knew two people out of the 8,200 students who go to Oswego. It was good to have a clean slate and be able to completely start over and make new friends.

In high school, a lot of people didn’t like me. I’m super outgoing and wasn’t afraid to share my views. I’m the type of person who raised her hand so much the teacher refused to call on me. Some guys in my classes would disagree with me just to piss me off. When I did talk in class, someone would raise their hand and say, “I disagree with everything Sara says!”

My freshman year of high school, two guys cornered me on the stairs and one tried to slam his backpack into me. He’d already written “Let’s snuff that psycho dyke bitch” about me on Facebook a few days earlier. The guys got detention and that was it. Then they left me alone and I never had a problem with them again, but I still got chills every time I walked past them in the hall.

But one of the worst parts was what they called me. I hadn’t even really admitted my sexuality to myself. It scares me that they figured it out before I did.

I’ve kind of always known I was interested in girls. I’ve always felt a deeper connection with girls, but I never thought much about it. Then in middle school I toyed with the idea that I was bisexual. Then, sophomore year, I was dating this guy for nine months. It was pretty serious, and he was the first person I ever told I liked girls. Then the next year we weren’t together and I came out as bisexual my junior year. Nobody really said much. A lot of people weren’t surprised.

It was nice when I told my mom. She pulled me over and gave me a hug and said, “Thank you for trusting me with that. That must have been hard for you.” It didn’t surprise me that she felt that way. I was always raised that you don’t have to have a man to be happy. Life lessons in the cereal bowl.

I didn’t really come out to my dad until spring break this year. His response was, “Am I supposed to be surprised?” He said he doesn’t care as long as I’m happy. I realized it was stupid that I didn’t tell him before. I honestly don’t know why I made a big deal about it.

I’ve dated more guys than I have girls, but I realized this year I’m not really interested in guys. In relationships I had with guys I always felt something was missing or something was off. I like being equals. My girlfriend and I are both very small. I don’t feel like either of us need to be the dominant one, and there doesn’t have to be a power play. We’re not trying to be better than each other.

It’s more comforting for me to be with another girl. I feel like I connect better with girls. I’ve just sort of accepted I’ll never be happy with a guy. I like being with someone who understands, relatively, how a female mind works.

As told to Diana Scholl.
Photo by Laurel Golio, taken in Ardsley, NY, 2011
To tell your story, email hello@wearetheyouth.org