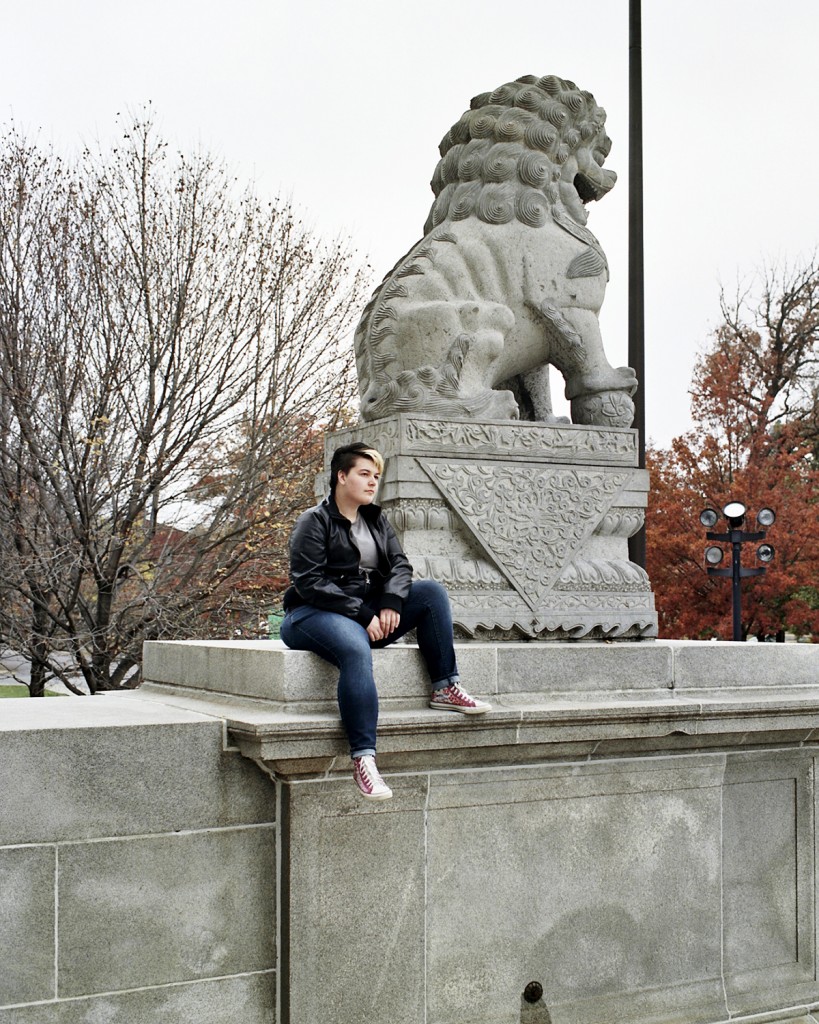 My mom took me to get my first binder to bind my chest. It’s from a sex shop boutique in Milwaukee that’s really cute. When you first go in there’s this stand just of vibrators. I can’t believe my mom went in with me because she’s kind of weird about sex stuff. Like we went back to the car and she was just giggling, but that was a fun experience. She kinda saw how happy it made me and how much better I felt about everything.

My extended family on one side is conservative Baptist and the other side is Catholic, but my parents — they’re both pretty religious, but not crazy religious. I guess I got lucky in that lottery.

When I first started using they/their/them pronouns and going by Sloan, I had a friend who probably says more than he should sometimes, and he started asking my sister how she felt about it and apparently she started crying. When I heard that, it just broke my heart. I think my sister was mostly just stressed out about it. It was just a shock at first. She was a freshman, so it was like, “Oh my god. My sibling is like, weird, and I don’t know how to explain this to my friends which is weird because they’re all in the Gay-Straight Alliance.” But I think it was just difficult for her at first.

I identify as neutrois. That’s the word that fits the best. It’s not male or female, just sort of somewhere in the middle. I identify outside of the gender binary. I didn’t actually come out as that until my senior year of high school. I didn’t start using the they/their/them pronouns until then. It’s changed everything. I’m so much happier now. I was really nervous about using the pronouns and making that change at the time, but it’s definitely a life-changing thing. I’ve had people give me shit about it, like, “Oh it’s not grammatically correct.” Leave me alone.

I would like to get top surgery, and I’d rather look more masculine than more feminine. There are some physical things I don’t think I will ever get away from as far as looking feminine goes, like my really long eyelashes.

But I do have a lot of feminine characteristics about my personality, which I don’t mind. Like, I’m really maternal with my friends. For a while that bothered me, because that kind of genders me, and I thought that was bad, but it’s not. Because that’s just how I am. I am Sloan first and foremost, before I am anything else.