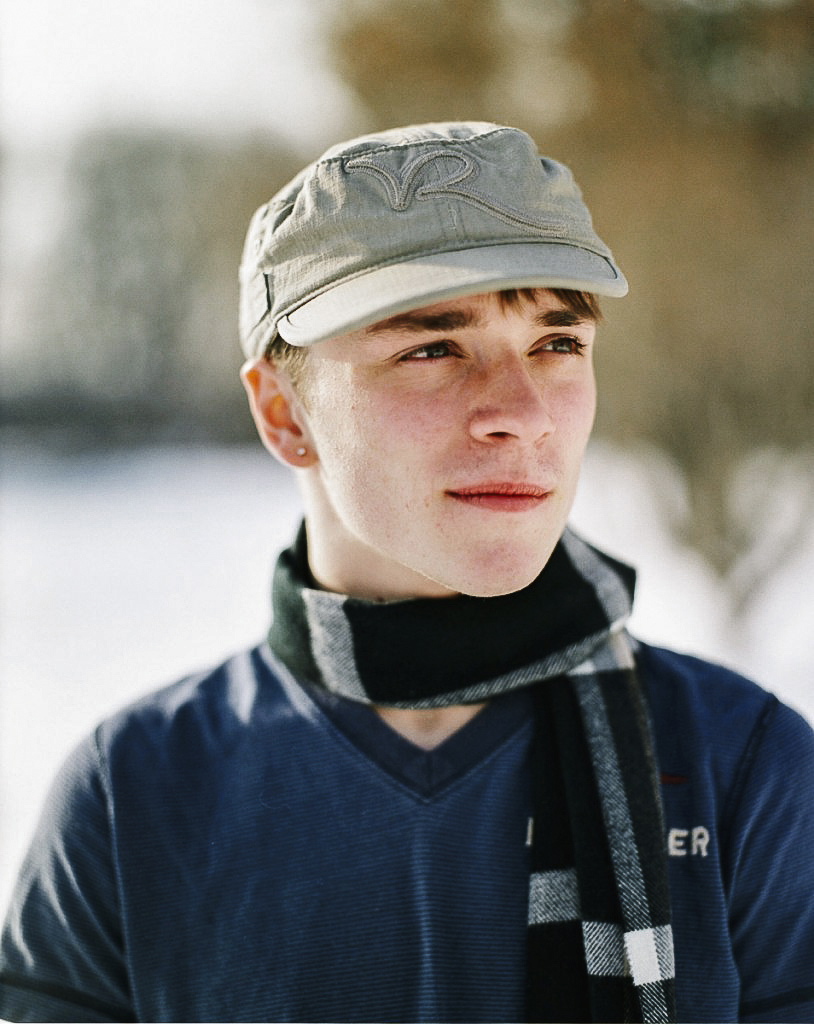 My dad passed away when I was two years old of a benign brain tumor, and after that my mom started using heroin and cocaine on and off for years. When she was high, she’d always get paranoid. She’d keep me up at weird hours of the night.

If you had seen me at school, I was always the happy guy. During the day I’d be laughing and joking, but I literally created an alternate personality for myself. Then I’d come home from school, bring my dinner upstairs and not talk to my mom. I would lock the door to my bedroom.

I don’t live with my mom anymore. I left last year after I got in a fistfight with my stepdad when he and my mom were on heroin. I called 911, and the cops came. I took the train down to my then-boyfriend’s house in Croton. The first thing I did was cry on my boyfriend’s mom’s shoulder. I stayed at his house for a while. From September to January of last year, I missed 47 days of school.

But then I moved in with my aunt in Red Hook, in Dutchess County, last year. This is the 14th time I’ve moved in my life. My boyfriend had wanted me to ask my aunt to move in with her, but I was raised never to trust her. But everything I was told was wrong about her. I knew living with my mom before was bad, but I didn’t realize how bad until I left. I needed an outside image of it. My aunt actually cares if I go to school or who I’m hanging out with. I never had that before.

Since my boyfriend and I broke up, I’ve dated lots of people. All guys. I identify as bi but lean more towards the guys. I’m more attracted to guys, but I’ve had sex with both guys and girls. I had a girlfriend and the first person I’ve ever had sex with was a girl.

When I first came out to my mom, I said “I kind of have to tell you something.” She said, “I probably can guess. You’re gay.” I said, “No, I’m bi.” My mom said she supports me if I like guys or girls. She came with me to Pride before.

I’ve been out since eighth grade, but when I came to Red Hook, the first few weeks of school I didn’t come out about being bisexual. But then I brought up the subject of LGBTQ and asked my new friends what they thought. This one kid said, “I can’t stand them. They’re all fairies.” I said, “I’m bi, and you’ve been hanging out with me the last two weeks.” After that we became friends, and now he’s slowly starting to understand that. It was top news because it’s a really small school.

Red Hook didn’t have a Gay-Straight Alliance, so my aunt encouraged me to start one. I made it my mission. This November we got it approved.

Now I’m a senior and I’m in the midst of applying to college. I would like to apply for SUNY New Paltz. I’m excited. I’m also kind of worried. With my previous school record. it’s kind of rough. With my lifestyle with my mom, I’d always push everything to the last minute.

My mom and I are on talking terms. She knows I want her to go to rehab, but she says she’s fine. I said I need her to go. Right now she’s not working. Surprisingly, she’s able to convince the government to give her disability.

I have an outlook on drugs where I don’t want to go near them. I once got high on pot and it was the worst mistake of my life. I tried and felt like I was going to become my mom.

I think my life is starting to level out. I’ve realized that I’ve had trust issues, self-esteem issues, lying issues. I want to work on stuff on my past and be aware of it, but I don’t want it to come up again.