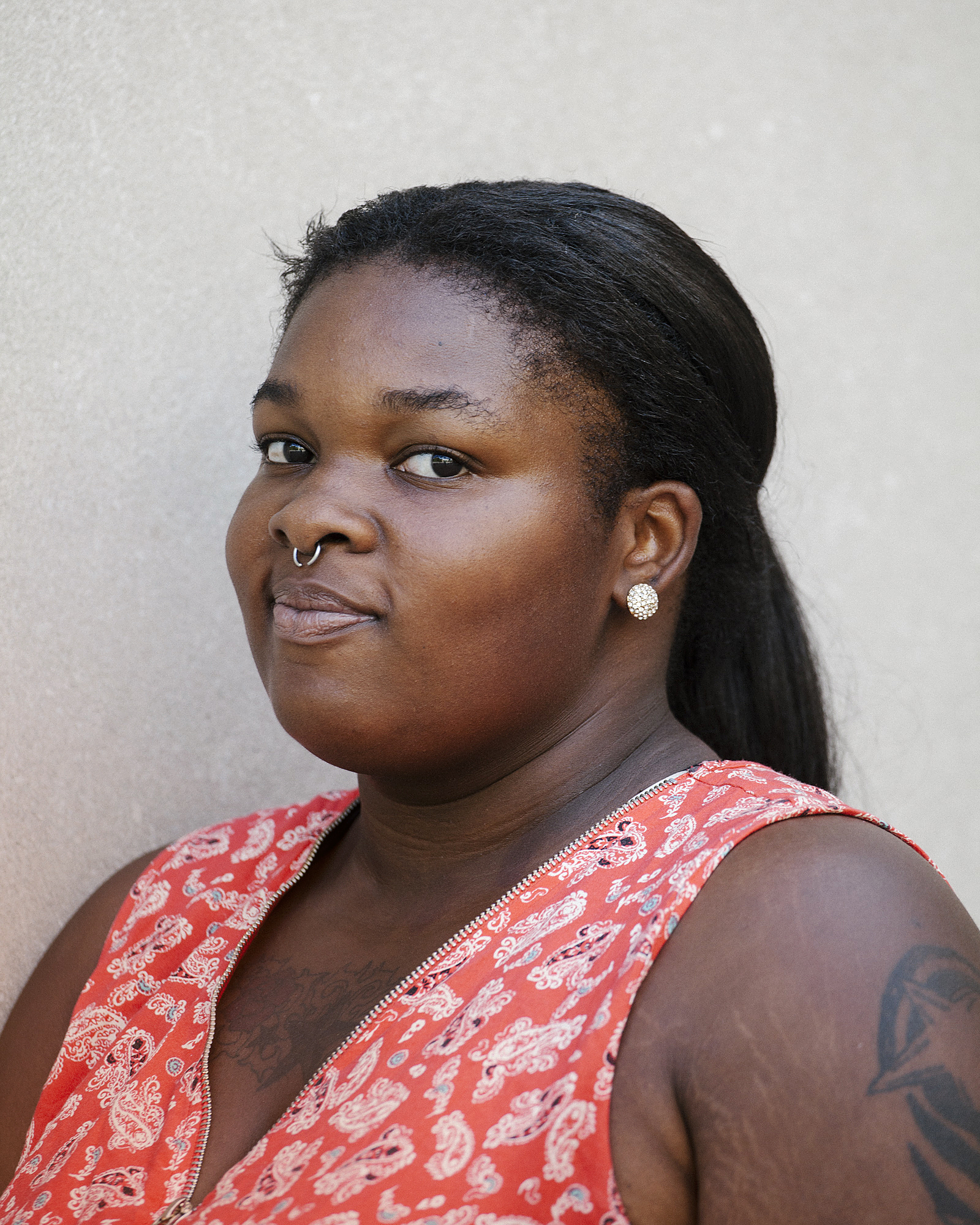 I want to move to California. I went there two days ago, and I’d never been to California or been on a plane. I liked it.  It was calm.  It was, like, relaxing and stuff.  And when it lifted off I was kind of scared ’cause of the vibration and stuff.

I was on this show Hot Bench because I was a witness in a fight about a dance studio. But then they didn’t call me up. They paid for everything and they will be sending me two checks in the mail for even being on the show. They gave us a hotel room and paid for our vouchers for the taxi. When we got there, they gave us food money so we already had money there. Once we got on the show, I was kind of nervous.

Right now I do retail and grocery stores. I went to a trade school. I got my Certified Nursing Assistant license but I didn’t want to do that.

For fun I dance and sing. I like dancing because I get to do whatever I want. In the beginning, I was shy. I performed at Taste of Syracuse. I messed up my words but nobody else noticed it ’cause it was my song.  My roommate mainly does all the writing.  I’m not a writer.  He raps them. I sing them.

He and I met three years ago and then were dating and then, like last year he started transitioning.  I don’t do trans. It’s not me. I’m a lesbian. I like women. We’ve been friends ever since ’cause I support his transition even though we’re not together anymore.

I actually tried talking to a guy once. I tried kissing a guy.  I threw up on him. He was mad. I didn’t like it. I actually saw him driving a taxi one day. I got in the car. He says ‘You remember me?”  I was like “No, I don’t remember you.”  He was like “You threw up on me.” I didn’t throw up when I kissed girls.

I didn’t really have to come out.  My mom swore she already knew, but I came out to everybody else when I was in middle school. My mom actually came out to me, too, before I came out to her. She was actually in a relationship. I met the girl she was dating the day after she told me. It was kind of weird ‘cause I didn’t think she would be that way, but it was awesome.

As told to Diana Scholl
Photo by Laurel Golio, taken in Syracuse, NY, 2016.To share your story, email hello@wearetheyouth.org