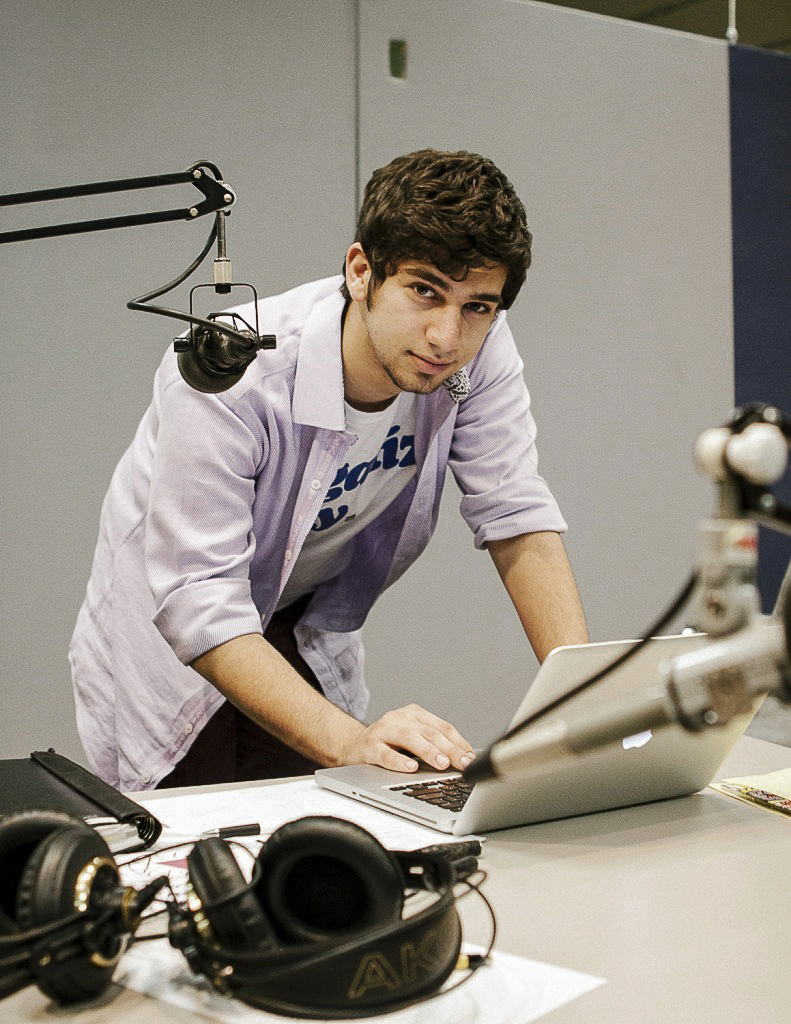 I decided to come out in eighth grade, when all the girls wanted to be like Carrie on Sex and the City and have the gay best friend. My favorite way to come out was to say, “Remember how you wanted a gay best friend?” Then I’d say, “I was hoping that would be me.” I completely took advantage of my sexual orientation. Not having a lot of friends at the time, I thought that was a brilliant idea.

Last summer I joined OutCasting, a new radio show started by WDFH put on by LGBTQ youth in Westchester. It was perfect timing. Now it’s almost my one-year anniversary of working on the show. I’ve interviewed Dan Savage and other people important to LGBTQ youth.

I love learning how it all comes together and how the radio station works. Just going to weekly station meetings is a positive experience. A large percent of the station is music, and I love looking at the 7,000 records. Records interest me as objects just because they’re part of the hipster culture. I wish I was more hipstery sometimes, when I’m not busy worrying about labeling myself. I’ve started to build my own record collection. It’s physical; it’s something you can touch. I’ve learned so much from Marc, the station manager. He’s been doing this pretty much his whole life.

At school I hang out with the theater kids, or  with people who play sports or have jobs or play video games. But no one does radio after school. Doing this makes me feel so unique. It will also make a good college essay.

I want to go to Emerson, in Boston, and work on a radio show. There’s a guy there who does a Broadway radio show. I could do that. It’s such a novel, beautiful idea. I’ve always felt the need to be an activist, but sometimes I just want to talk about Broadway shows.

As told to Diana Scholl.
Photo by Laurel Golio, taken in Yonkers, NY, 2012
To tell your story, email hello@wearetheyouth.org