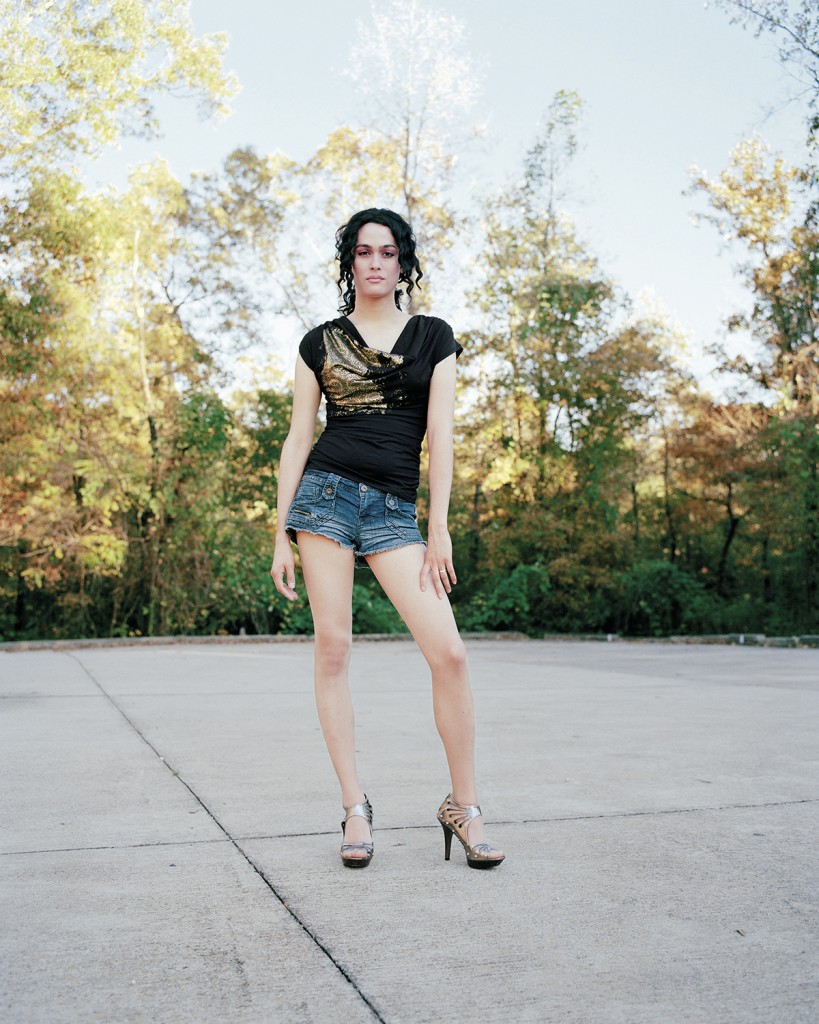 I’m closer with my twin brother than anyone else in the world. When he came out to me as gay after high school, I had already been out since I was 16. He had seen what I had gone through but he never told me he was going through the same thing that I was. At the time I felt like it was a betrayal, but it was harder for him to accept he was gay than it was for me. He realized one day and didn’t know what to do. For me, I had realized for so long, so I was ready for it.

When I told my mom I was gay, she said, “When you were three years old you put a bra on your head and walked out in my heels and said, ‘Mama! I want to be a woman.’” She always thought I’d be transgender, and now that I’ve been doing drag a little bit she’s like, “You’re gonna like it too much. You’re going to want to be a girl.” But I assured her that, no, I don’t want to be a woman.

I feel more comfortable when I’m in drag. I’ve always been more feminine than my male peers. It’s not that I’m transgender or anything, but in the society we live in, I feel more anxious holding hands with my boyfriend as another boy than I do when I’m in drag. When I’m out of drag I dress kind of androgynous, in tight pants and a v-neck t-shirt. When I went to Auburn I could tell people would look at me kind of funny, like, “There’s that gay guy.” But when I was dressed as a woman no one looked at me twice, unless I was getting catcalled. But now that I live in Montevallo, there are so many gay people here. So I’m leaving drag behind a little.

At first my boyfriend didn’t know how to feel about me doing drag. Michael’s more masculine, and I’ve seen pictures of his exes. They’ve always been pretty feminine, and lately all of them have been turning into drag queens. But he’s very supportive.

Michael worked at Disney World with my twin brother. We went to a club and started dating the next month. That was two years ago, and he transferred to Montevallo this year. We’ve been talking about getting engaged, so we want to make sure we can live together first. He has the ring but he won’t show it to me. He wants it to be a surprise.

My parents adore him. My dad’s a really nice guy, but he scared the crap out of Michael. Both of my parents were in the Air Force, and my dad was deployed to Iraq so he had a gun in the house. He was like, “What are your intentions with my son? If you hurt him, I will have to shoot you.” My dad’s not that kind of guy, but he was doing it to make fun of Michael.

I’m very, very lucky my parents are so accepting. The military’s very focused on equality, but more about race and not about homosexuality, which is why I was scared to come out to my parents. It would have been an instantaneous thing if we had talked about it more. But as liberal as they are, it wasn’t something they felt comfortable talking about, I guess.

Because my parents were in the Air Force, we moved around a lot. I was born in Utah and have lived in Japan, Germany, Texas, Virginia and Alabama. I really liked moving around. I make and break friendships very easily. I don’t know if that’s a good thing or a bad thing, but I got to experience different cultures more than other people get to.

When I was young and naive I thought I’d be a judge advocate general. Then I realized I’m way too individualistic to be in the military. I’m just a protester at heart. I don’t want to stand in line just because people tell me to.

As told to Diana Scholl.
Photo by Laurel Golio, taken in Montevallo, AL, 2010
To tell your story, email hello@wearetheyouth.org