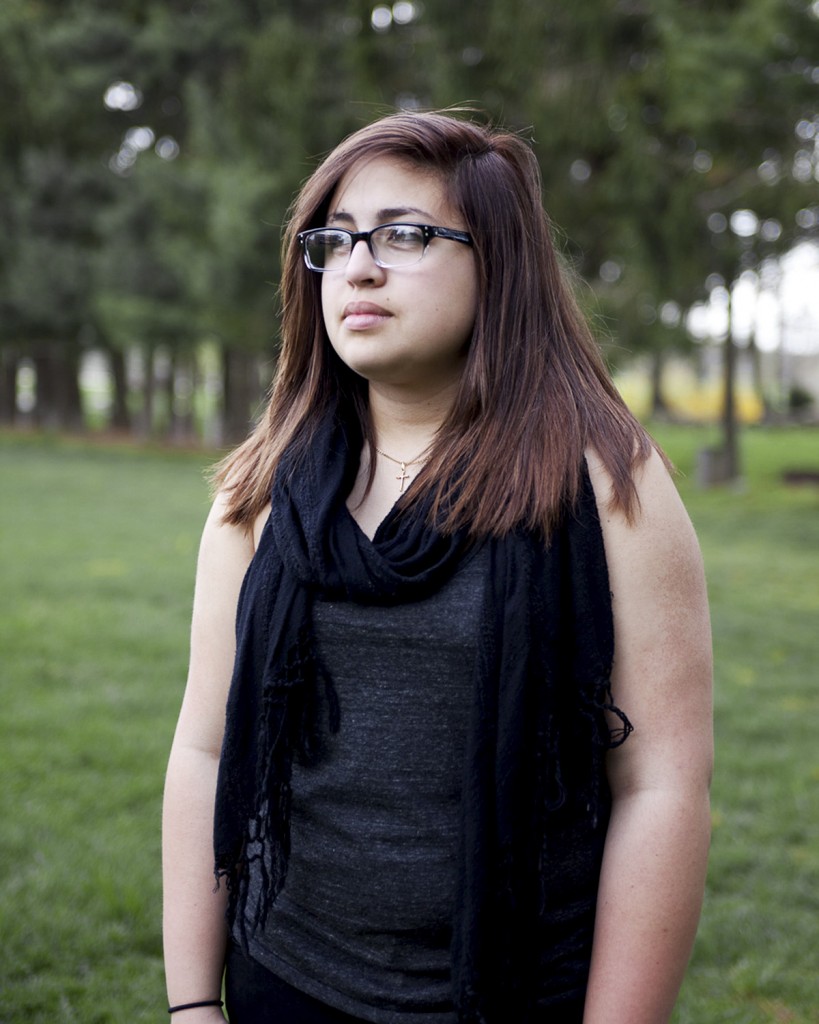 My whole family’s really musically inclined. My dad owns a DJ business. When I DJ with my dad, we’re best friends. It sucks, because I wish he was nice to me other times. He says, “You work for me. I have to be nice to you.”

I don’t think my dad hates me, but I feel like he has hatred toward me. If there was a thing where he could save either me or my sister, he’d save my sister. She’s really girly. She wears dresses all the time. She’s a cutie-patootie. He favors her, I think because he knows she’s straight. Even my mom says he likes her better.

Last year, my mom was choking on a piece of French toast. My dad didn’t care. I was so upset he was just sitting there watching her choke, so to make him mad I said, “I’m a fucking lesbian. And I like to eat pussy.” I think I wanted to make him angry to the point where he’d want to jump off the bridge.

The truth is, at that point I’d never actually done that — eaten pussy. I’m scared about putting what people pee out of in my mouth. I try to bubble myself. I’m very germaphobic. I’d have to really like someone to do that, and I’d never met anyone I liked enough. I want to believe in love. It’s hard for me to meet people. I don’t know anyone, and if I do, Ana takes them. Ana’s my good friend, but she’s my archenemy.

I’m bisexual, but I tend to only date women. If I date a man he has to be really charming. I’ve dated a lot of people. I feel like, if you’re a lesbian, what’s the point of dating someone who looks like a guy? Maybe because I am the guy one, so I gravitate toward lipstick lesbians.

I have some horrible dating stories. I haven’t met many lesbians who are sane. Maybe it’s because I have a tendency for picking up crazies. I’m dating someone now, though, who I really adore. I met her through my friend Zach. I was like, “Do you know anyone who’s gay?”

We had broken up and weren’t talking, but I couldn’t stop thinking about her. I was always looking at her pictures on Facebook and realized I missed her in some strange way. I ended up going to her job with my friends. She thought I was on a date with one of my guy friends, who’s gay. She flipped out. But then afterward we talked, and she said she wants to be in my life. One night she was getting out of work late, and I kissed her and asked her out again. She said yes.

We’ve been hanging out for two weeks. It’s been really different. I feel like she cares more. She really appreciates me now. I think I found someone I really care about.

As told to Diana Scholl.
Photo by Laurel Golio, taken in Suffern, NY, 2011
To tell your story, email hello@wearetheyouth.org