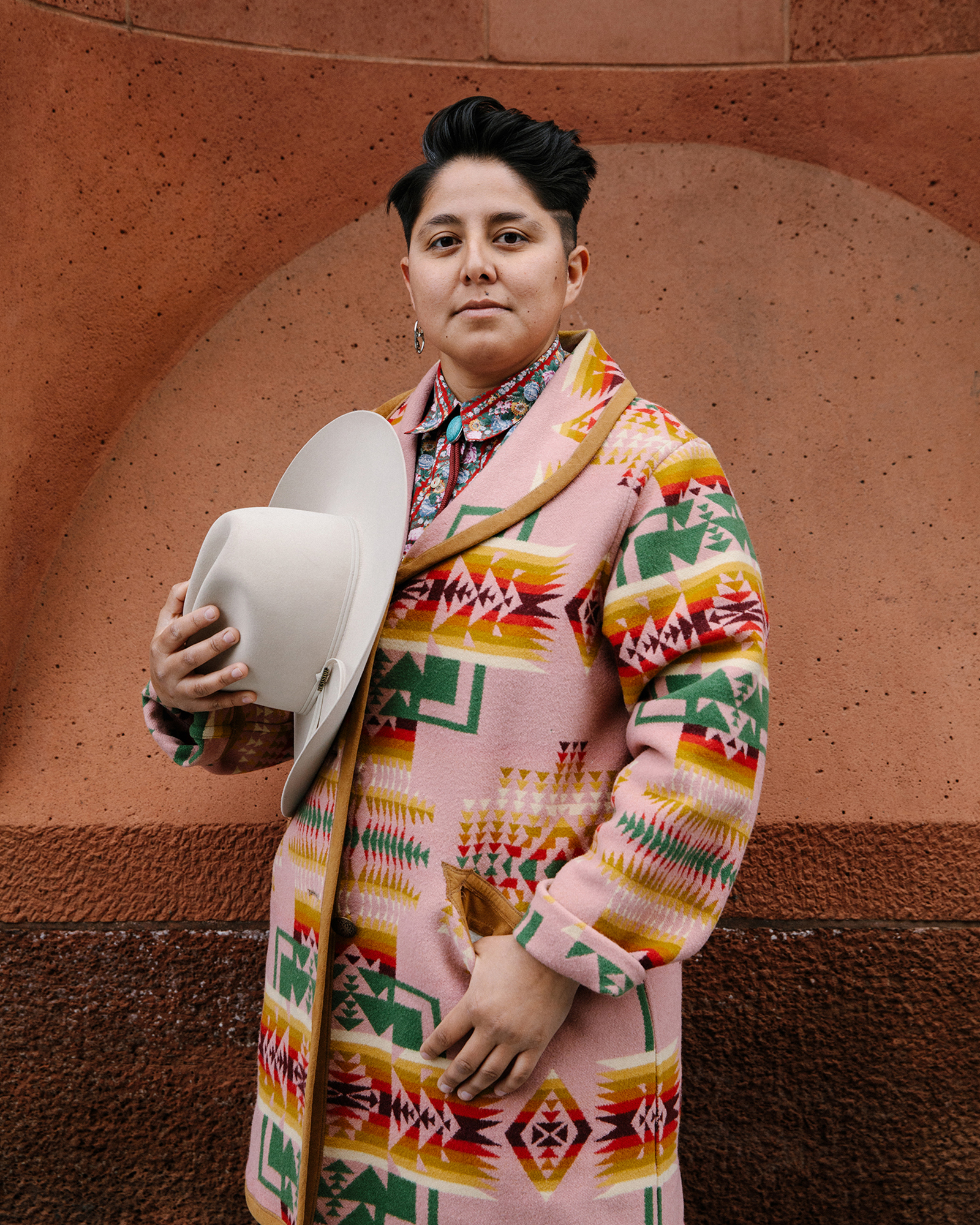 It’s so cringey reading my old profile back. I was 18 and that was the peak of my adolescence and self-absorption, where my friends would tell me they had a crush on someone and then I’d date them.

The last 12 years I’ve definitely spent a lot of time defining who I am inside and outside my family. I’ve learned to accept I’m very different from my family and had to set difficult boundaries. Just because they’re your blood, they’re not necessarily your family.

I’d been wanting to get the fuck out of New York. Something New York could never provide to me was that concentration of Mexicans. I didn’t want to be in a melting pot or a salad bow – I wanted to be fully within a bowl of Mexican soup. Even though my family did an amazing job ensuring our culture stayed alive in the family while living in the U.S., I felt like my culture was ripped from me when we left Mexico when I was seven years old.

If I’m going to move my life across the country, I want to make sure I get exactly what I want. I thought Colorado’s too white. Arizona was an option, but it has awful laws if you’re a woman or a queer woman, and Utah didn’t have much for my career. New Mexico had a lot of Mexicans and Mexican-Americans. Now, I’m only 11 hours away from where I was born in Mexico. I haven’t been to where I was born mainly because that’s where my father’s side of the family is and I don’t want a relationship with them. But I was actually just talking to my partner about going down to the beach and spending time with my uncle who I recognize as family. My family is from Sahagun, Hidalgo, Mexico, native Toltec land, but I just happened to be born in Hermosillo, Sonora, Mexico, native land of the Yaki.

It’s been really, really incredible being here. One thing I wasn’t ready for is there’s a lot less people who speak Spanish here than in New York, but culturally it feels a lot more Mexican. In New York when I wore a cowboy hat, people thought I was just another queer pushing the boundaries of how to dress. Here I have my collection of boots and sombreros, and no one does a double take except for sometimes “is it a boy or girl?” I love that wherever I am, people are playing really old school Mexican music, and we’re all screaming to this music. I’m blending in and people around me get it.

Because of the intensity and trauma I was having with my family, it wasn’t until I left my family home that I had not just the mental space but also physical space to process what happened. Obviously corporal punishment isn’t okay, that was just the tip of the iceberg

I’m so thankful I have this job I do for many reasons, and one of them is to get to work with queer young people. My young people aren’t coming out;  they just are who they are.

Our system is failing our young people. I’m working with a young trans man who is in the foster care system and came into care because his father is incarcerated and his mother is an addict. He’s been bouncing placement to placement, shelter to shelter. One reason is he actively uses drugs. Another is that he’s left shelters because they’re purposely misgendering him. They’re talking about what’s between his legs and deciding where to place him. Now he’s living in a park with his partner because he’d rather be there than be in a shelter. Then you wonder why so many people in the foster care system are on the streets.

The burnout for this job is real. I actively make sure to take time off. Also my work phone does not come home with me unless I’m on call. As much as you’re putting into taking care of your clients, you have to do as much to take care of yourself. You don’t last in these jobs unless you actively take care of yourself. Outside of that, I surround myself with great people. I don’t know if this is TMI but sex is a great way to burn off steam.